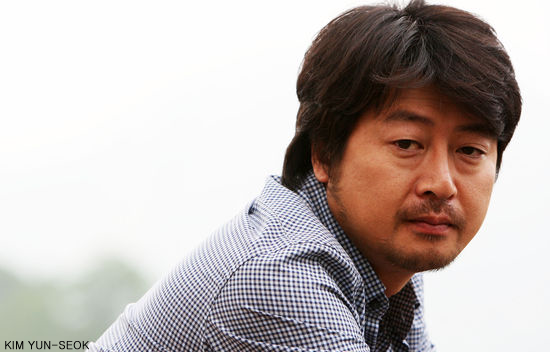 After appearing in three films this year, including KWAK Kyung-taek’s The Classified File and the smash hit exorcism thriller The Priests, veteran star KIM Yun-seok has selected a romantic drama as his next project. He will appear in HONG Ji-young’s latest feature Will You Be There? (working title).
In the fantasy drama, a surgeon receives a special pill he can use to travel back to the past and meet his deceased lover. The tale is based on a 2006 novel of the same name by French writer Guillaume Musso, who is most famous for his 2004 book Afterwards…, which was adapted into a 2009 film featuring John Malkovich and Evangeline Lilly.
Though known for his hard-boiled thriller roles, which have included The Chaser (2008), The Yellow Sea (2010), The Thieves (2012) and Haemoo (2014), this isn’t the first romantic role for KIM, who this year featured in the music biopic C'est Si Bon as a middle-aged musician reconnecting with a past lover.
The project marks the third feature outing for director HONG, following her affair drama The Naked Kitchen (2009) and multi-strand romantic drama Marriage Blue (2013). She also took part in the omnibuses Horror Stories (2012) and Modern Family (2012).
KIM’s agency Sim Entertainment revealed that shooting for Will You Be There? is expected to get underway in March 2016. Lotte Entertainment is set to finance and distribute the film.
Any copying, republication or redistribution of KOFIC's content is prohibited without prior consent of KOFIC.
Related People Related Films Related Company Related News