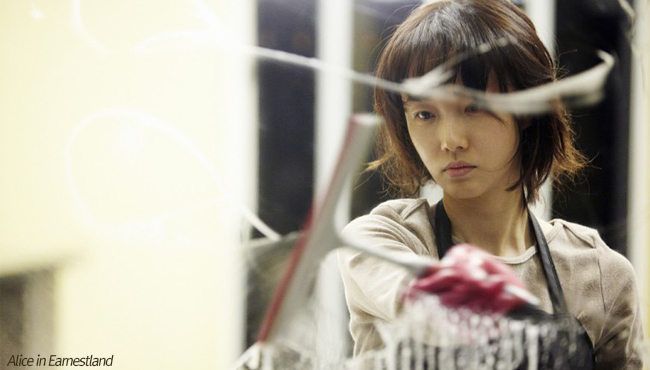 There are still a few more days to catch films at the 16th Jeonju International Film Festival but last night the festival announced its award winners for 2015. The Grand Prize winners were JU Anqi’s Poet on a Business Trip from China in the International Competition, AHN Gooc-jin’s Alice in Earnestland in the Korean Competition and HAN In-mi’s Blossom in the Korean Competition for Shorts.
Alice in Earnestland, a graduation project from the Korean Academy of Film Arts, was described by jury member and noted East Asian film critic Tony Rayns as ‘Funny, shocking and sometimes cruel, this film has enough invention and energy to take your breath away.’ Other award winners in the Korean competition were RHEE Jin-woo’s Stay with Me, which picked up a Special Mention Award from the jury and PARK Hyuck-jee’s With or Without You and KIM Hyeon-seung’s To Be Sixteen, which picked up CGV Arthouse’s Distribution Support Prize and Upcoming Project Prize, respectively. The Netpac Prize went to AHN Seul-ki’s Under the Sun. Both To Be Sixteen and Under the Sun were graduation projects from Dankook University.
Beyond Poet on a Business Trip, other winners in the International Competition included a Best Picture Prize for Ricardo Silva’s Navajazo from Mexico, a Special Jury Prize for Lukas Valenta Rinner’s Parabellum, an Argentina-Austria-Uruguay co-production, and a Special Mention Award for Esme Madra’s performance in Until I Lose My Breath, from Turkey’s Emine EMEL BALCI.
The other Korean short awardees were LIM Cheol’s A Crevice of Violence, which earned the Best Director Prize and SEOJUNG Sin-woo’s A Lonely Bird, the special Jury Prize recipient.
This year’s JIFF will conclue on Saturday, May 9th.
Any copying, republication or redistribution of KOFIC's content is prohibited without prior consent of KOFIC.
Related People Related Films Related Company Related News 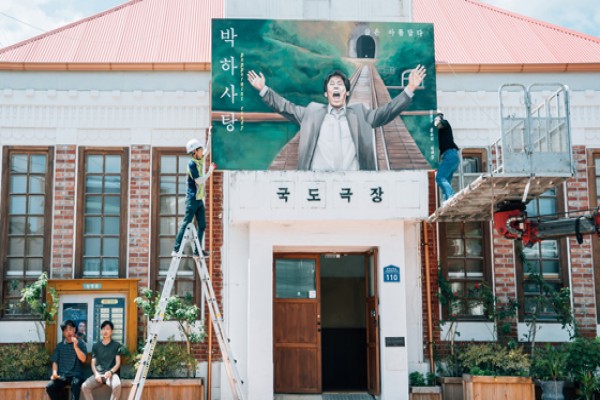