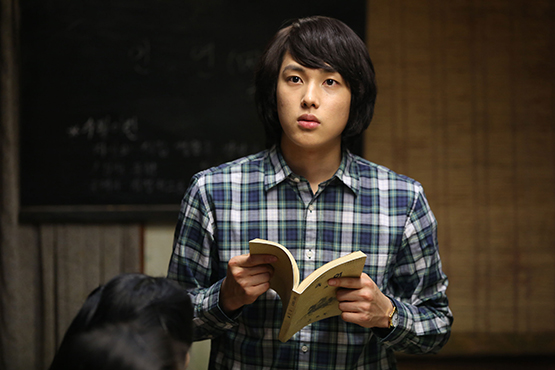 K-pop idol IM Si-wan, a member of the boy band ZE:A, has been cast in his first leading role in LEE Han’s upcoming war film Thinking of My Older Brother (translated title).
The film will see IM star as Second Lieutenant HAN Sang-yeok, who leads his platoon during the Korean War in the early 1950s. During the war, his character encounters a children’s choir who have lost everything due to the war. Emphasising with their plight, he tries to protect the children.
IM previously graced screens as part of the cast of The Attorney (2013), alongside SONG Kang-ho, KIM Young-ae, and OH Dal-su. The film went on the accrue over 11 million admissions at the local box office.
Active since 2002’s Lover's Concerto, director LEE most recently made the well-received drama Thread of Lies (2013) and the hit KIM Yun-seok film Punch (2011). Thinking of My Older Brother will be the veteran cineaste’s sixth production behind the helm.

Currently finalizing casting, Thinking of My Older Brother is preparing to go before cameras in May and is expected to complete production in August. Produced by Joy Rabbit, LEE’s film will be distributed by Next Entertainment World (NEW).
Any copying, republication or redistribution of KOFIC's content is prohibited without prior consent of KOFIC.
Related People Related Films Related Company