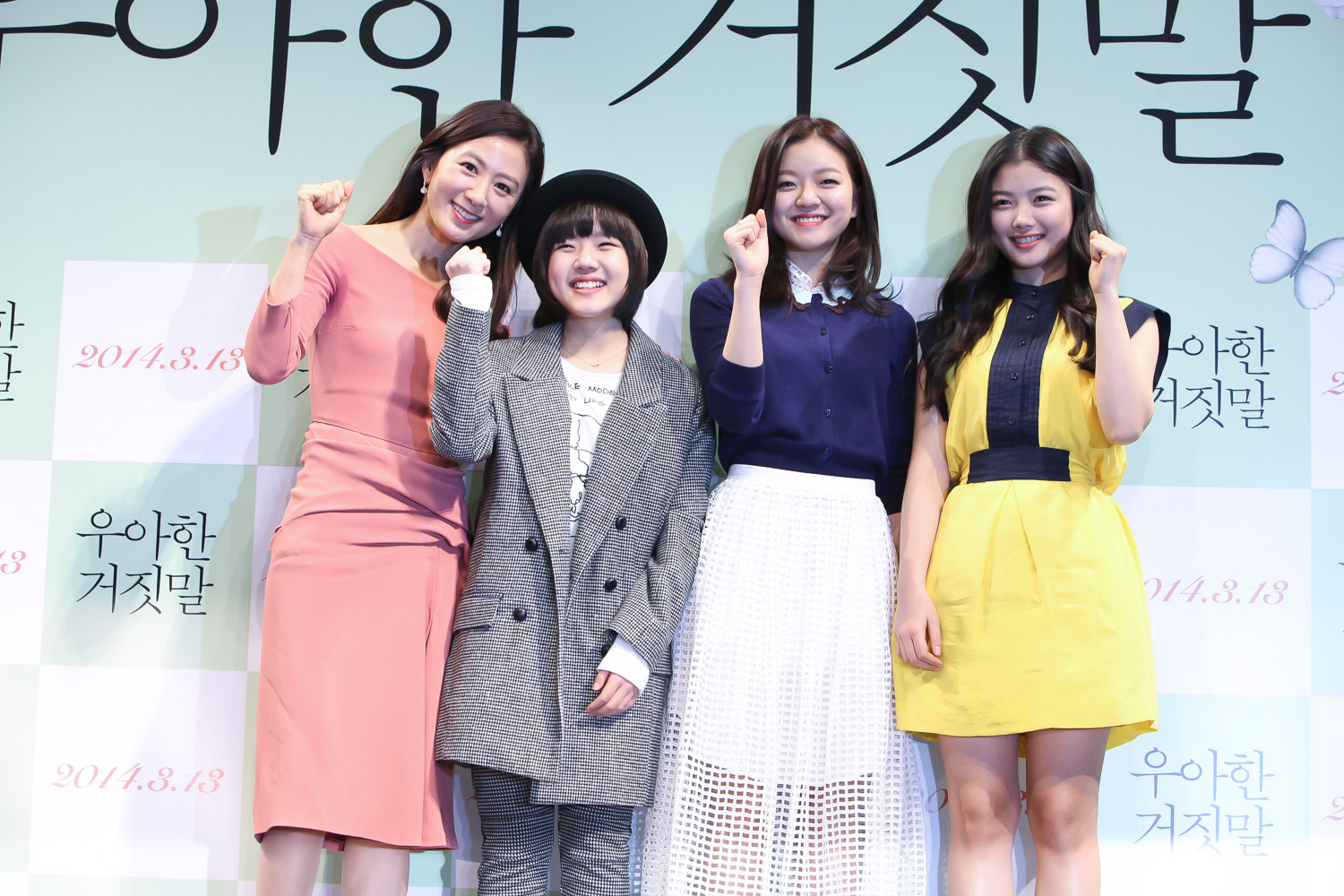 The press conference for upcoming film Thread of Lies was held on February 18th. Thread of Lies is the new movie by director LEE Han, who previously made Lover’s Concerto (2002) and Punch (2011). It is based on a best selling book of the same name, written by KIM Ryeo-ryeong, also the writer of the novel that Punch was based on. The film is a family drama about a mother and her daughter as they struggle to live a new life following the loss of their 14-year-old daughter and sister, but then they learn secrets from the girl’s friends. The film stars KIM Hee-ae who returns to the screen following a long absence since The 101st Proposition in 1993, KO Ah-sung of The Host (2006) and Snowpiercer, and YOO Ah-in of Punch (2011).
KIM Hee-ae said, “I loved the scenario. I have read the original novel and it is the kind of issue that any mother would be concerned about or could have dealt with in their lives. I was so impressed that I decided to appear in the film.” Meanwhile, KO Ah-sung said, “I was not very confident about my ability to express the character’s feelings and emotions at first, because I haven’t had the same kind of heartbreaking incident in my life. But I really liked the scenario and wanted to give it a shot.”
When quizzed about adapting another work by the same author, LEE Han said that he chose to do so because “the story was interesting as well as meaningful. In fact I turned down the original story at first because it seemed too difficult. However, it captivated and wouldn’t let go. I finally made up my mind to deliver this story to show people who thought it couldn’t be done.
Thread of Lies, distributed by CGV Movie College, will be released on the 13th of next month.
Any copying, republication or redistribution of KOFIC's content is prohibited without prior consent of KOFIC.
Related People Related Films Related Company Related News