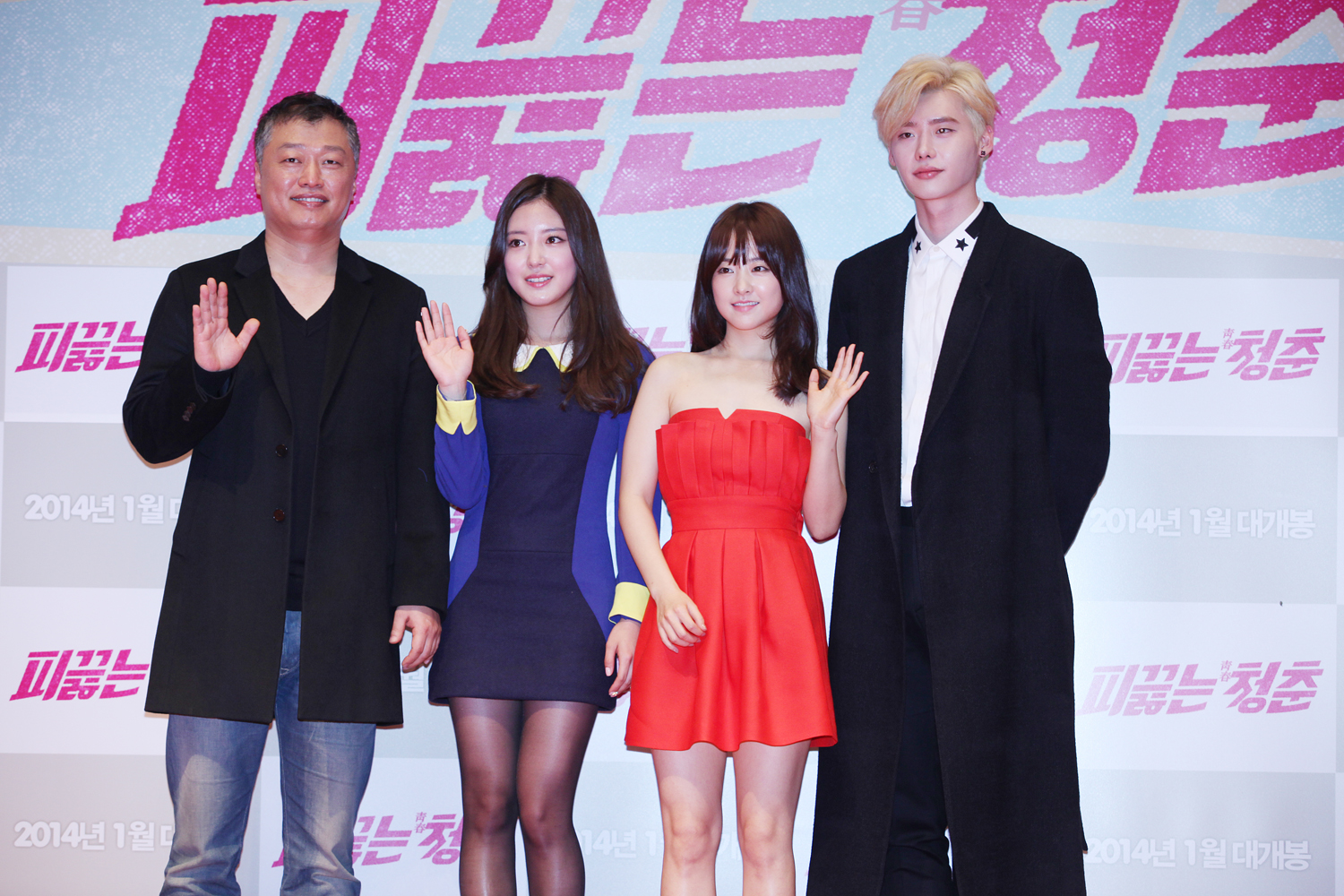 A press conference for Hot Young Bloods, a love story about ‘hot, young-blooded’ and foul-mouthed country teenagers, was held with director LEE Yeon-woo (Running Turtle, 2009) and the main cast, PARK Bo-young and LEE Jong-suk in attendance on December 30th, 2013.
Like Nameless Gangster: Rules of the Time and The Attorney, Hot Young Bloods is also set during the 80s, in the countryside of Hongsung of Choongchung province, a place known for its slow dialect. Hongsung Agricultural High School heartthrob Joong-gil (played by LEE Jong-suk) is secretly admired by Young-sook. A love triangle between the two and Gwang-shik (played by KIM Young-kwang), who has a crush on Young-sook, gets even more complicated when So-hee (played by LEE Se-young) transfers to their school from Seoul.
When asked why he has returned with another comedy set in the Choongchung province, filmmaker LEE Yeon-woo replied: “First of all, I like the dialect and also the Choongchung-specific humor and sensibility.” Adding that “I felt Choongchung province was a good area to express sentiments about the digital era.” The entire cast, except for PARK Se-young who plays the Seoul transfer student So-hee, speak Hongsung-specific Choongchung dialect. PARK Bo-young, who is actually from Choongchung province, related her difficulty in delivering the Hongsung-inspired dialogue that shares both Choongchung and southern Jeolla dialect traits.
PARK Bo-young performed in blockbuster hits such as Scandal Makers (2008) and A Werewolf Boy (2012) and makes an impressive transformation as a high school bully with a slow-paced but filthy mouth in Hot Young Bloods. “My reputation as a bankable actress can be quite a burden. On the other hand, I am both nervous and excited about my new character in this film”.
LEE Jong-suk of The Face Reader and No Breathing explained why he chose to work on this film, “Since I always seem to be playing serious or flashy characters, I thought it was time to do something new. I chose Hot Young Bloods because I was frustrated and wanted to take up a new challenge.” Hot Young Bloods is scheduled to open on January 23rd, a week before the lunar New Year’s holiday.
Any copying, republication or redistribution of KOFIC's content is prohibited without prior consent of KOFIC.
Related People Related Films Related Company