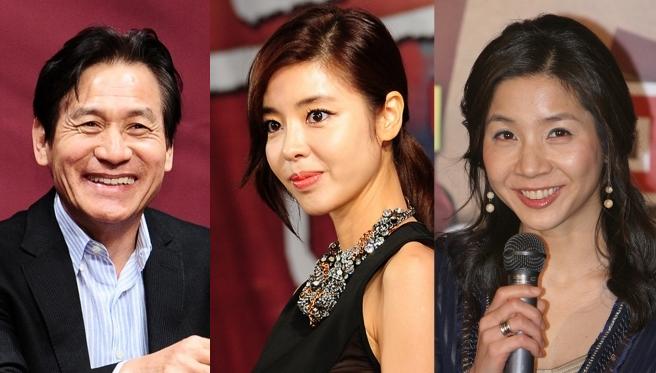 IM Kwon-taek began shooting Cremation (literal translation), his 102nd movie, with Myung Films producing. AHN Sung-ki, KIM Gyu-ri and KIM Ho-jong have signed on to the lead roles in the new project.
Cremation is based on a short story by KIM Hoon which won the Grand Prize at the Lee Sang Literature Awards. In his unique way of taking the time to reflect on oneself, IM Kwon-taek plans to portray profound subjects such as creation and ageing as well as life and death, through a story of a man in agony as he is caught between his dying wife and another woman he loves.
11 years after Chihwaseon (2002), AHN Sung-ki once again teams with IM as Director OH, who works in a large cosmetics corporation. KIM Gyu-ri (Portrait of a Beauty [2008] and Poongsan [2011]) will play the role of CHU Eun-ju, a young lady working in the same company who captures his heart. This is not her first time working with IM as they previously collaborated on Low Life in 2004. KIM Ho-jong, who received the Best Actress Award at the Locarno International Film Festival in 2001 for Nabi-The Butterfly (2011)(directed by MOON Seung-wook), will be on screen as Director OH's dying wife.
Cremation is being produced by Myung Films, the company behind of Cyrano Agency (2010) and Architecture 101 (2012), and is expected to reach screens in the first half of this year.
Any copying, republication or redistribution of KOFIC's content is prohibited without prior consent of KOFIC.
Related People Related Films Related Company