2nd Korean Cinema Today Showcase to Be Held in Berlin

Apr 19, 2013
Busan Intl. Film Fest, Korea Foundation and Haus der Kulturen der Welt Team Up
For the second time, the Busan International Film Festival (BIFF), the Korea Foundation and Haus der Kulturen der Welt (HKW) will cooperate to present ten Korean films in Berlin. This year, nine new films, including seven features, two documentaries, along with a restored classic, will seek to reflect the current state of Korea and highlight its film industry as one of the world’s most vibrant. The event’s curators are BIFF programmer HONG Hyo-sook and Doris HEGNER from HKW. They have put forth a program designed to offer a vision of a Korea in flux between the past, present and future. 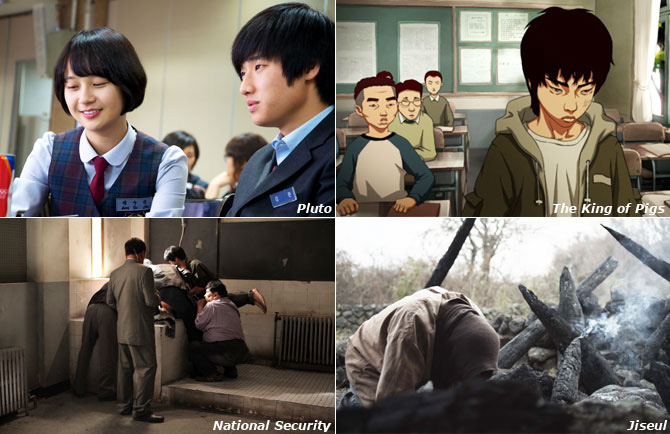 Some of the most notable recently released Korean films appear in the lineup, works that say something about Korea’s history or society. SHIN Su-won’s Pluto, which details the pressure cooked system that is Korea's high school education, will screen along with YEUN Sang-ho’s animation The King of Pigs, concerning the rigid hierarchy of Korea’s education system. In addition, CHUNG Ji-young’s controversial torture expose National Security seeks to demystify recent political terrors while O Muel’s Jiseul delves even further to reveal the little known Jeju Massacre of 1948. 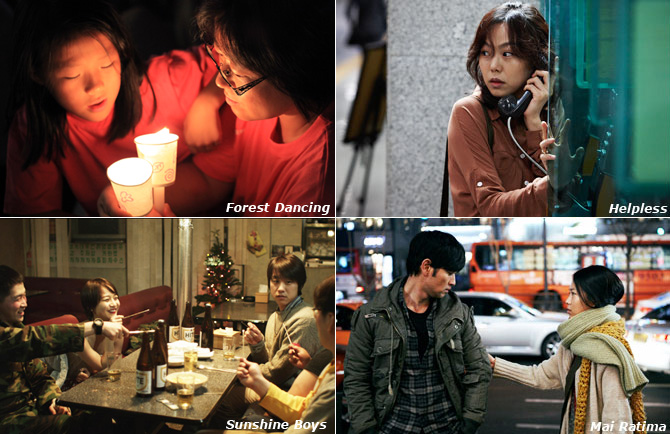 Looking to Korea’s future are the documentary Forest Dancing by KANG Seok-pil, about a community and its residents’ demonstrations to preserve their neighborhood, and BYUN Young-joo’s film noir drama Helpless, which uses an outward search for a person to represent on introspective journey for modern Koreans. KIM Tae-gon’s Sunshine Boys follows three high school boys and how life quickly changes them following their graduation.

Another three films seek to focus of the ‘Korean Dream.’ YOO Ji-tae’s debut Mai Ratima focuses on immigration while the documentary Tour of Duty, from filmmakers KIM Dong-ryeong and PARK Kyoung-tae looks at the lives or bar girls who work on a US military base. Lastly, the restored Birth of Happiness (1963) from PARK Sang-ho, a bold work about empowered women, rounds out the program.
A number of filmmakers will make the trip to discuss their works and a Short Film Lounge will screen works that were previously selected for BIFF’s Wide Angle section.
Any copying, republication or redistribution of KOFIC's content is prohibited without prior consent of KOFIC.
Related People Related Films Related Company