What Are the Hot Korean Films of 14th JIFF? 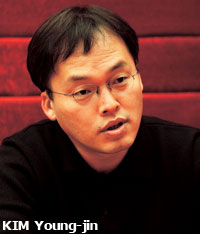 The 14th Jeonju International Film Festival (JIFF, www.jiff.or.kr) is just around the corner. The film jubilee will be held from April 25th to May 3rd. What are the works which movie buffs should pay notice to? The executive programmer of the festival picked the following ten films as his must-sees.
by KIM Young-jin
(Executive Programmer of the 14th Jeonju International Film Festival)
1. ECHO OF DRAGON

KOREA | 2013 | 96MIN | HD | COLOR
DIR LEE Hyun-jung
Everyone in this bizarre world roams around every corner of a village like a lunatic, speaking untranslatable words like aliens. A peculiar drama where suppressed desire meets twisted, but beautiful images.

▶ PROGRAMMER’S PICK
Echo of Dragon seems like a piece of automatic writing. The movie is bizarre and poetic. The film follows an inscrutable story that unfolds in a rural town and shows an unexplainable and ardent desire for redemption through amazing visual art.
2. LEBANON EMOTION

KOREA | 2013 | 106MIN | DCP | COLOR
DIR JUNG Young-heon
A man chases a woman. She runs by and then meets another man. The film depicts desolation through the director’s intention to show indescribable emotions on the screen.
▶ PROGRAMMER’S PICK
Lebanon Emotion is a film whose director applies the rules of melodrama and then breaks them. The film barely continues, showing the director’s intention to strongly express his characters’ emotions.
3. GROGGY SUMMER

KOREA | 2012 | 75MIN | HDV | COLOR
DIR YUN Su-ik
Min-jon dreams to be a poet, but people around him believe he will end up just like his father, a failed painter. Everyone around Min-Joon projects their desires on him forcing him to be what they want. Min-joon is about to be suffocated.
▶ PROGRAMMER’S PICK
Groggy Summer portrays the conflict between a boy who wants to write poems and people who do not understand him. The film shows a worthwhile sensitivity from its free camera work. Audiences will get excited about the director’s talent on screen.
4. NEW WORLD

KOREA | 2012 | 134MIN | DCP | COLOR
DIR PARK Hoon-jung
This film is filled with typical devices often used in noir films. It’s never new, but very carefully selects classic masterpieces and cleverly steals their core elements. New World is a story about an undercover cop who goes inside a crime syndicate with a cast of big names in Korea.
▶ PROGRAMMER’S PICK
New World is a work that serves as a model in using and reorganizing a wide range of common practices in its genre. The director succeeded in creating characters that maximize the charms of popular actors by utilizing or processing numerous settings in gangland movies from Infernal Affairs to The Godfather.
5. GARIBONG

KOREA | 2013 | 85MIN | DCP | COLOR
DIR PARK Ki-yong
This documentary film is about immigrant workers who live in Garibong-dong. The place is filled with their desire, frustration and silence. The camera lingers on them closely, but indifferently.
▶ PROGRAMMER’S PICK
Garibong is a documentary on some of the dark aspects of Korean society. The director points the camera at foreign laborers and zooms in on them. The documentary does not use any narration but sounds create resonance while mixing with scenes.
6. 51+

KOREA | 2013 | 125MIN | HD | COLOR
DIR JUNG Yong-taek
In the Mecca of the Korean indie music scene, Hongdae street, indie musicians have been kicked out from their grounds. With nowhere to perform, they seek an opportunity to collaborate with Doo-ri-ban, a noodle restaurant, which is facing a difficult situation just like them.
▶ PROGRAMMER’S PICK
51+ is a documentary about young musicians and their sponsors fighting against greedy capitalists in the surroundings of Hongik University, a once holy place for indie bands. The film is a record of an anti-capitalist movement and expresses the musicians’ passion for music through rock.
7. GRANMA-CEMENT GARDEN

KOREA | 2012 | 63MIN | HD | COLOR
DIR KIM Ji-gon
Old ladies who live in San-Bok-Do-Ro, Busan, have to move out due to a Rural Village Redevelopment. With more vacated houses than residents in town, villagers stuck together right until their inevitable separation. The camera gazes at old ladies’ moments of parting and what’s left around them.
▶ PROGRAMMER’S PICK
Granma-Cement Garden is a documentary that recorded the vanishing beauty of a poor soon to be demolished town while maintaining a bond with grandmas in the town. This documentary finds the scent of people removed by the logic of development at sordid sites.
8. CHEER UP MR. LEE

KOREA | 2012 | 93MIN | HD | COLOR
DIR LEE Byeong-heon
A TV station follows the daily life of a young ‘wanna-be filmmaker’. He is a decent young man but only suffers setbacks in front of his harsh reality. A film that shows a man’s desperate struggles without losing humor and hope.
▶ PROGRAMMER’S PICK
Cheer up Mr. Lee is a comic fake documentary about a youngster with a gloomy future. The beauty of this film is its ironic humor that reminds us of the early movies of Woody ALLEN.
9. DEAR DOLPHIN

KOREA | 2013 | 110MIN | DCP | COLOR
DIR KANG Jin-a
A man hasn’t got over his lover’s death. While a close friend of hers approaches him, a hallucination of his dead girlfriend haunts him. As he blurs the line between reality and fantasy, suspense rises, rushing to an explosion.
▶ PROGRAMMER’S PICK
Dear Dolphin is a melodrama with a broken border between reality and fantasy and a revised narrative of losses and farewells. The movie naturally deals with the pain of a man who suffers from an illusion of his late lover and the possibilities of new love.
10. BURN, RELEASE, EXPLODE, THE INVINCIBLE

KOREA | 2013 | 53MIN | HD | COLOR
DIR KIM Soo-hyun
This is the story of actor KIM Sang-hyun. A self-representative drama covered with bohemian and arty direction. As the story progresses, audiences will notice that the weird film title perfectly explains itself.

▶ PROGRAMMER’S PICK
Burn, Release, Explode, the Invincible is a new mid-length film directed by KIM Soo-hyun, who shot So Cute and Life Is Peachy. KIM is excellent at creating radiating narratives and proves it through this movie. This work shows the unique talent of KIM that is hardly acceptable in the commercial mainstream of the Korean movie world.
Any copying, republication or redistribution of KOFIC's content is prohibited without prior consent of KOFIC.
Related People Related Films Related Company