Korean Experiemental Documentary to Be Showcased in Italy 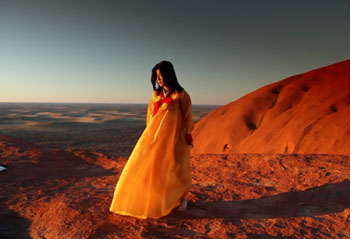 Director LEE Hyun-jung's Virgin Forest has been invited to the international documentary competition section of the 30th Torino International Film Festival. Director LEE, formerly an anchor at YTN and journalist for a film magazine made her debut with Virgin Forest. She said that the funeral of her maternal grandmother seemed unreal and ironic and that the starting point of the film was her shooting of the funeral with a smart phone.
Added to the film are aspects of various religions and feminist viewpoints and an overall structure which contrasts christianity and mythical elements. LEE wrote the script, directed, edited and acted in the film and she is also responsible for some of the cinematography work. Virgin Forest was also invited to the 6th Cinema Digital Seoul Film Festival and the 9th Seoul International Experimental Film Festival.
The Torino International Film Festival has invited and awarded Korean films such as The Flight of the Bee, Memories of Murder, Hypnotized, and The Railroad. This year the event also invited Nameless Gangster. The announcement for the awards will take place on December 1st during the closing ceremony.