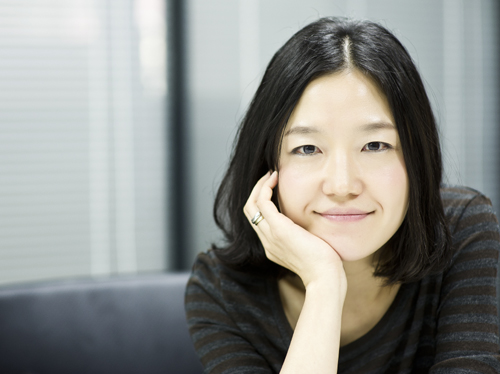 Judy AHN is Head of International Business at Showbox / Mediaplex, the company responsible for the hit Korean War film <The Front Line>. Directed by JANG Hun, the film has been selected as South Korea’s entry for consideration to be nominated to the Oscars foreign language film category. KIM Seong-hoon met with Ahn to talk about Showbox’s films and <The Front Line> in particular.
= You were in Tokyo to promote <The Yellow Sea>(2010), which screened at the 24th Tokyo International Film Festival (TIFF)which ended Oct. 30.
- <The Yellow Sea> teamattended TIFFCOM, a marketplace for film and TV that runs during the Tokyo film festival. Director NA Hong-jin had a Q&A session with the festival audience. It was received warmly. The film <The Chaser>(2007) helped create a fanbase in Tokyo. It’s rare to have well-made thriller moviesof the sort of<The Chaser> and <The Yellow Sea> in Japan. <The Yellow Sea>will be released in Japanese theatres on Jan. 7 next year.
= You’re also planning to hold promotional activities for <The Front Line> at the AFM (Nov. 2-9) beforefinal nominations are announced for the 2012 Oscars best foreign language film category.
- We are going to hold special screenings of director JANG Hun’s films <Rough Cut>(2008), <Secret Reunion>(2009) and <The Front Line> together with the Korean Cultural Center in Los Angeles. We’ll hold receptions as well as special screenings of <The Front Line>Nov 2 - 3.
= How do you plan to let foreign film industry people get to know about <The Front Line>?
- I think there are two important factors here. One isthe innate power of the film itself, and the other is the business and distribution capabilities within the US. Well Go USA Entertainment will be distributing <The Front Line> in North America, backed by its experience of acquiring and releasing many Asian titles in the past. Although <Barefoot Dream> [South Korea’s submission to the Oscars last year] had a good theme, it wasn’t the kind of film that could be powerful in a market. It didn’t have the support of a US distribution company either. On the other hand,<The Front Line> is much bigger in scale and contains a universal message that talks about finding hope in the midst of war.
= What reactions have you received so far from foreign buyers on <The Front Line>?
- When we revealed a seven-minute video of <The Front Line> at this year’s Cannes, there were favorable responses from buyers from the UK and Germany who mainly pick up war films. As a result, distribution rights to the film have been sold to many countries like the US, UK, Germany, Australia, Japan, Taiwan and the Scandinavian region. The deal prices weren’t too bad either.
= Tell us about <The Front Line>’s future overseas promotion plans, and what the SHOWBOX International Business team hope to achieve in the international film market.
- AFM is this year’s last and biggest market. We have worked on the marketing for a long time, and hope to gain good results. Of course, we are keeping windows open for additional sales in next year’s Berlin market. Next year’s lineup for Showbox is going to be more diverse than this year. Director CHOI Dong-hoon’s new piece <The Thieves> is to be anticipated the most. We are going to target Europe with <Nameless Gangster> (working title), and Japan and the bigger Asian market with <Mr. IDOL>(2011). Action film <A Company Man>starring strong casts like So Ji-sup and Lee Mi-youn also has a chance in Asia and other regions. For <The Thieves>, we will work on expanding current networks of SHOWBOX in order toaim for markets outside of Korea.
Photograph by OH Gye-ok
Any copying, republication or redistribution of KOFIC's content is prohibited without prior consent of KOFIC.
Related People Related Films Related Company