Special Future for Women’s Film, Fighting against Oppression and Prejudice 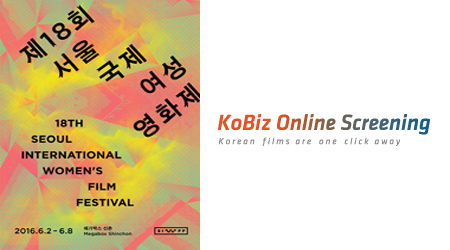 “We definitely need more of women’s film with women’s perspective, against the male-centric films that we see everywhere. We need to promote women’s film so that we have an environment in which we can actively produce them,” says KIM A-joong of 200 Pounds Beauty (2006), a promotional ambassador of SEOUL International Women’s Film Festival in two successive years.

Her statement is all the more powerful because she has been in the film industry for more than 10 years now. Since the launch in 1997, SEOUL International Women’s Film Festival marks the 18th edition this year, and screens films with various aspects of life through women’s perspective.

‘SIWFF X KoBiz Online Screening’ marks the third time this year, providing an opportunity to watch online the Korean film line up in SWIFF, which has become one of the biggest women’s film festivals in the world, without having to worry about the time and venue.

Among the Festival Screening of KoBiz online screening service, especially noteworthy films include Sound of Nomad: Koryo Arirang by KIM Jeong, depicting the life and songs of a Kazakhstan-Koryo diva; Our Love Story by LEE Hyun-ju, the Grand Prize winner of Jeonju International Film Festival this year, carefully examining the hostile social atmosphere against a lesbian couple’s love; Nagayo by CHA Jeong-yoon, in the Asian Short Film & Video Competition section, unfolding the story of a girl in her 20s, struggling against the hardships of life, Nailing it by LEE Na-yeon, depicting the gap and distance between family members, and the change of relationship and warm feelings for each other; and Nothing Happened. by KIM Min-sook, with women’s anxiety and fear carefully arranged in tension.

Festival Screening: SIWFF 2016 can be accessed on screening.koreanfilm.or.kr for 3 months starting from June 2nd.