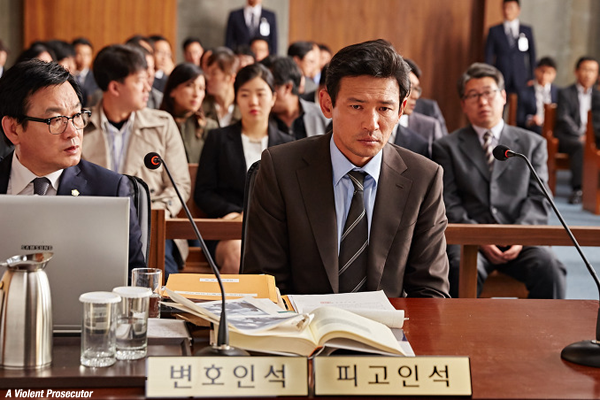 Korean Film Council (KOFIC) has announced the February monthly report on Korean film industry. Both the total number of viewers and ticket sales in February increased compared to the same period last year.
The number of audiences was 21.12 million which is 26.7% (4.45 million) higher than last year. Also, the sales was USD 140 million, 26.2% bigger than last year’s USD 110 million.
This sales increase partly owes to the great performance of domestic films. In February, the number of domestic moviegoers was 13.17 million and the sales reached USD 90 million, which is 63.6% and 62.9% higher, respectively, than the same period last year.
The major film to bring such great domestic film performance is A Violent Prosecutor featuring HWANG Jung-min and GANG Dong-won, which reached the number one place on the overall box office in February with 9.49 million viewers nationwide. Besides, Spirits' Homecoming ended up at the 4th place with 1.29 million, Like for Likes at the 6th place with 760,000, and DONGJU; The Portrait of A Poet at the 7th place with 660,000.
Meanwhile, for foreign films, the number of viewers and ticket sales marked 7.95 million and USD 54 million, which is respectively 7.8% and 7.9% lower than the same period last year. The best performing foreign film in February was Deadpool, which attracted 2.72 million viewers in one single month.
The best performing distributor was Showbox with 9.66 million admissions and 45.9% market share, which distributed 5 films including A Violent Prosecutor. At the 2nd place was CJ E&M Corp. with 15.7% market share, distributing 5 films including Kung Fu Panda 3; while 20th Century Fox Korea which distributed 6 titles including Deadpool reached the third place with 14.9% market share; followed by WAW pictures, the distributor of Spirits' Homecoming, at the 4th place with 6.1% market share; and The Walt Disney Company Korea Inc., the distributor of Zootopia, at the 5th place with 6.0% market share.