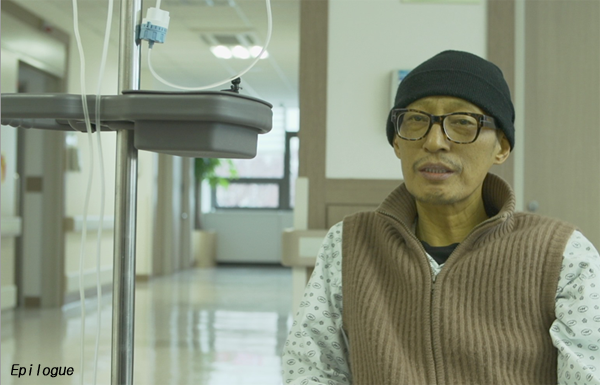 DMZ International Documentary Film Festival (DMZ Docs) this year has chosen “Shoot the DMZ” as the new slogan, to celebrate the 70th anniversary of Korean independence. Here, “shoot” means the camera as a means for communication, not firing. To resonate with such spirit, KoBiz Online Screening attempts at communication beyond location and time with the online users worldwide, through the ‘Festival Screening: DMZ Docs 2015’.
Last year, a small documentary My Love, Don’t Cross That River hit hard the domestic movie theaters. This film has won awards at major international film festivals including Hot Docs, LA Film Fest, Melbourne International Film Festival and Moscow International Film Festival, and has been successfully communicating with countless film viewers abroad. When this documentary was screened last year at DMZ DOCS, nobody expected such a big response. It remains for us to see if such a small yet powerful film would appear in the Korean films lineup on the KoBiz OS this year as well.
Epilogue shows the last days of LEE Seong-gyou who introduced Korean documentaries for the first time at the International Documentary Film Festival Amsterdam (IDFA). It is the latest work by LEE Chang-jae, who directed The Hospice last year, which warmly depicts those at the last moment of their lives. Kyung-soon’s Red Maria 2 shows a new approach to sex workers and comfort women by juxtaposing them. LIM Jung-ha, KIM Yang-rae, PARK Hyung-jun, JEON Il-woo’s Le Tour, The memories of a forgotten dream illustrates a new challenge of a 26 years old young man who has been diagnosed with a rare kind of cancer. In addition, several other interesting documentaries are to be introduced on KoBiz Online Screening.
The Festival Screening: DMZ Docs 2015 will be held at https://screening.koreanfilm.or.kr for three months, starting from the festival opening on Sept 17th.
Any copying, republication or redistribution of KOFIC's content is prohibited without prior consent of KOFIC.
Related People Related Films Related Company