Oct 15, 2014
The Korean Hall will open at TIFFCOM of Tokyo International Film Festival on October 21 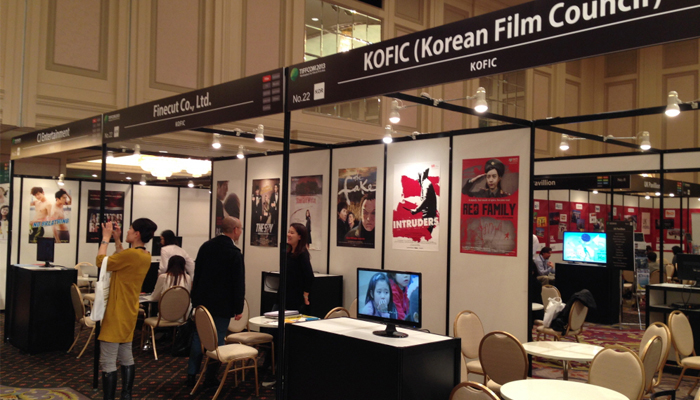 The Korean Film Council (Chairman KIM Eui-suk) will open the Korean Hall in TIFFCOM 2014, the general contents market of the Tokyo International Film Festival in Japan on October 21. The establishment of the Korean booth aims to promote Korean film sales and help Korean companies win more film technical service orders. Like any other years, five Korean film sellers including FineCut, a company specialized in overseas sales of Korean film are planning to take part in TIFFCOM 2014. In particular, this year, Moneff and Digital Idea, VFX specialists will take part in the event to sound out opportunities in Japan. 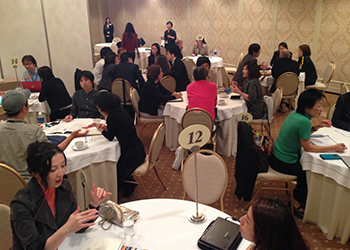 In the meantime, Ko-Production in Tokyo 2014 will be held during the festival to bring Korean filmmakers and Japanese production partners. 'Ko-Production' is a combined word of Korea (KOFIC) and Coproduction. The program helps directors or producers of international coproduction projects introduce projects in major overseas countries and have mentoring meetings with specialists and business meetings. The Tenor Lirico Spinto, a new film directed by KIM Sang-man was produced through Ko-Production in Tokyo 2011. The film was released in Japan ahead of Korea on October 11.
The event which marks its ninth anniversary, has dealt with a total of 55 joint Korea-Japan production projects since 2007. This year’s projects are Girl of Asakusa Bridge directed by KIM Jeon-han and produced by Donga Production, Twin directed by KIM Jin-sung and produced by Mongmaru, O-CHUN-Gi directed by YUN Jae-yun and produced by Dragon Heart Global and Container produced by LEE Eun-kyung at Zoafilms. The Korean Film Council has participated in the Tokyo International Film Festival in the form of the Korean Hall since 2010. This year, the council took part in TIFFCOM for the fifth time.  In particular, this year, people are expected to pay more attention to Ko-Production in Tokyo as the event will hold a networking event for Korean, Japanese and European producers.
Any copying, republication or redistribution of KOFIC's content is prohibited without prior consent of KOFIC.
Related People Related Films Related Company