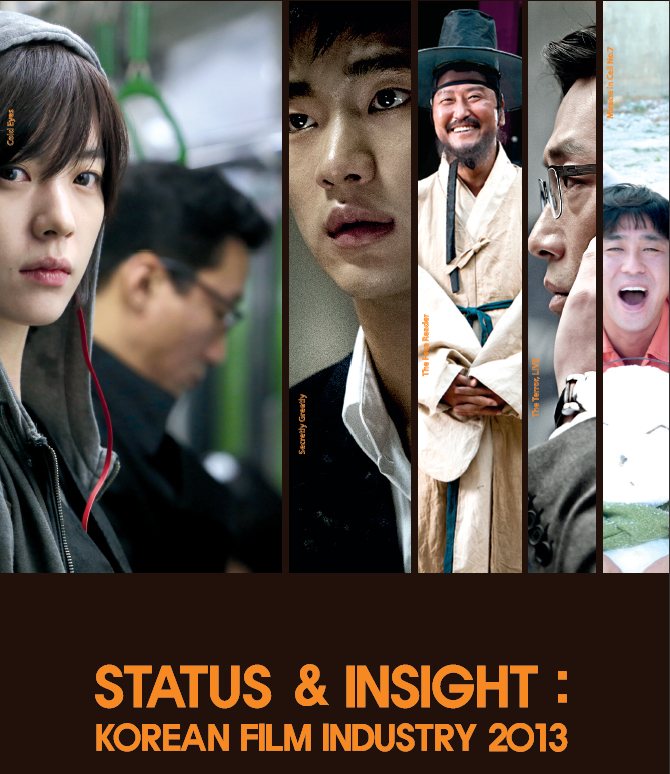 The Korean film industry saw its highest level of growth during 2013. With KRW 1.88 trillion in overall revenue, there were increases in admissions, ticket sales, ancillary markets and exports, putting the Korean film industry into its second golden era.
<Table1> Key Statistics of Korean Film Industry, 2004-2013
Admissions
With a total of 905 films released in theatres, the average film admissions per capita reached 4.25, the 2nd highest ration in the world according to Screen Digest. Total admissions hit 213.4 million, a 9.5% increase from the year before.
Korean films were dominant at the box office, taking nine spots in the top ten list. The admissions share of Korean films was 59.9%, while the US grabbed 35.5% and other countries only 4.6%. Out of the other countries, UK’s <About Time> had the greatest success, attracting 2.86 million viewers.
<Table 2> Box office results for the Top 10 films released in Korea, 2013
Film admissions grew in Korea for several reasons. Multiplexes began to expand, creating an audience-friendly environment, along with new price policies that provided different promotions and specials which led to the drop in average ticket prices, attracting filmgoers. Multiplexes continue to take over and grow, while local theaters are shutting down or being absorbed into these multiplexes. More than 90% of viewers chose to watch movies at multiplexes.
Although admissions grew by 9.5%, admissions, 3D films entries dropped. It seems that Korean audiences only chose to see films in 3D for particular standards, and if the film didn’t encompass a technologically advanced element, they did not choose 3D.
Rating
Out of Korean films that were released, 78.7% of them were rated 15 and up. On the other hand, more than 50% of foreign films released in Korea were for all ages or 12 and above. This led to having only a limited number of domestic films available for young audiences.
Sales
Return on investment (ROI) of Korean cinema maintained its surplus trend at 15.2% in 2013.
There were 19 projects that passed the break-even point, approximately 30.2% of the 63 commercial films released. The ROI reached its highest point since 2002. Keeping double-digit figures for two consecutive years demonstrates that the Korean film industry is now entering a stable era.
Exports
Exports of Korean films increased 83.7% from 2012. <Snowpiercer> was the driving force behind the rise, as it generated almost as much as the other films combined. However, exports to Asia decreased, which meant that the increase of sales were even larger for Europe, the Middle East, and Central and South America. Unique genres, high quality auteur films and K-pop star casts were major selling points.
Technical service exports also grew by 71% compared to 2012. China and Hong Kong accounted for 75.9% of total sales, which mostly consisted of VFX and DI services. From a total of 37 contracts, the amount for overseas Korean film services was USD 22.39 million. VFX/DI took up 84% of the contract amount. The demand for Korean technical services is likely to rise even more due to its level of quality relative to its price.
Ancillary Market
The ancillary market includes IPTV/digital cable, internet VOD and packaged products. Total annual revenue for digital online markets was KRW 267.6 billion, legitimizing its status as a distinct market. IPTV subscribers rose to over seven million, and to 6.12 million for digital cable TV subscribers. The increased supply of films in the market and increased subscribers led to the growth of the ancillary market, which is about seven times larger than it was five years ago.
The Top 10 films for TV VOD were all domestic films aside from <Iron Man 3>. <Miracle in Cell No.7> still ranked number one in the TV VOD section, reflecting its box office success.
Packaged products have shown negative growth for a few years, but Blu-rays has been on the rise.  The high price and low distribution rate of Blu-ray players have been obstructing factors, but they started to seen by consumers as ‘Collectables’. Usually, foreign films that were successful in the box office and were recognized as being high quality were purchased to become a part of consumers’ collections, and also animated and family films were popular.
<Table 3> Total revenue of the digital online market[1] (Unit: KRW 100 million)
※ The revenue estimate for the N-screen service and the mobile service are included in the ‘Internet VOD’ revenue estimates.
Diversity Films
A total of 342 diversity films were released in 2013, which is 47.7% more than the previous year. However, admissions decreased to a share of just 1.6% nationwide.  Only six managed to sell more than 100,000 tickets: <To Rome with Love>, <Jiseul>, <Blue Jasmine>, <Silver Linings Playbook>, <A Last Quartet>, and <The Grandmaster>. The only Korean film, <Jiseul>, came in 2nd on the diversity admissions chart with 140,000 viewers, and the foreign film <To Rome with Love> came in first place. The competition is fiercer with more diversity films being released, but not enough theatres to screen them. The low admissions share is also likely due to the unfavorable time slots diversity films are assigned to by theatres.
Distribution
With the hit <Miracle in Cell No.7>, NEW rose to become the number one distributor for 2013, taking the spot CJ Entertainment had held since 2006. Even without the help of multiplex chains and without being a conglomerate, NEW’s success brought hope to other aspiring distributors. CJ Entertainment was 2nd in line with Lotte Entertainment coming in at third. Sony Pictures Releasing Walt Disney Studios took the foreign films section for admissions share. Following was Warner Bros. with just eight titles, but which attracted more than two million spectators each.
Original full length document can be found on the KoBiz website under publications: http://www.koreanfilm.or.kr/eng/publications/books.jsp?catCd=640106
[1] Revenues for IPTV and digital cable are relatively accurate since we were able to use data provided by three IPTV companies and one digital cable company. However, the revenue for Internet VOD is derived by adding sales data obtained from relative companies with estimates calculated from the year-on-year revenue growth rate.  Therefore, this data should be used only as reference data of the digital online market.
Any copying, republication or redistribution of KOFIC's content is prohibited without prior consent of KOFIC.
Related Films Related News 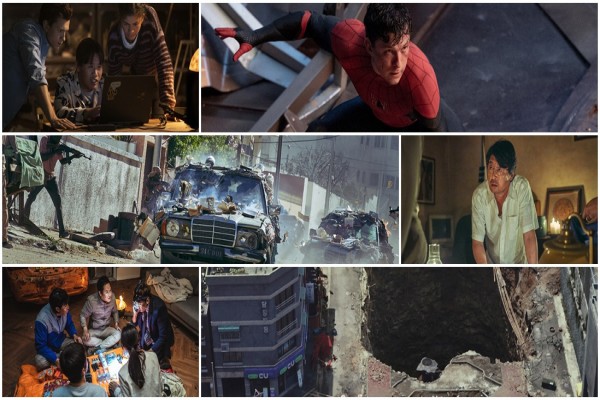