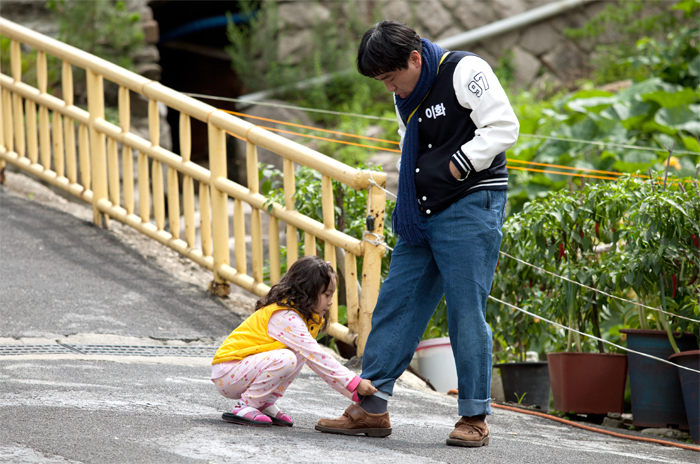 As of the end of yesterday (December 17th), the Korean film industry total’s attendance figured had reached 199.98 million admissions, according to the Korean Film Council(KOFIC). At some point this morning the figure is expected to ease its way over 200 million for the first time in the industry’s history. Last year’s total came in at 194.89 million admissions.
Driving this year’s business has been the strength of domestic fare as the year’s market share for Korean films currently stands at 59.1%, in line with last year’s 58.8%. 118.16 million spectators were admitted for local films in 2013, versus 2012’s 114.61 million, which was the first time that homegrown films went past the 100 million mark. Miracle in Cell No. 7 topped the chart with 12.8 million filmgoers while The Face Reader and Snowpiercer weren’t far behind with just over nine million a piece. But it was the sheer number of hits that drove this year’s performance, with a record eight Korean films garnering over five million viewers.
Two more big local films are expected to add significantly to this year’s total with The Attorney, starring SONG Kang-ho, opening today and action film The Suspect bowing on Christmas Eve. With two busy weeks left until the end of the year, the market’s record-breaking performance isn’t over just yet.
Any copying, republication or redistribution of KOFIC's content is prohibited without prior consent of KOFIC.
Related Films Related Company