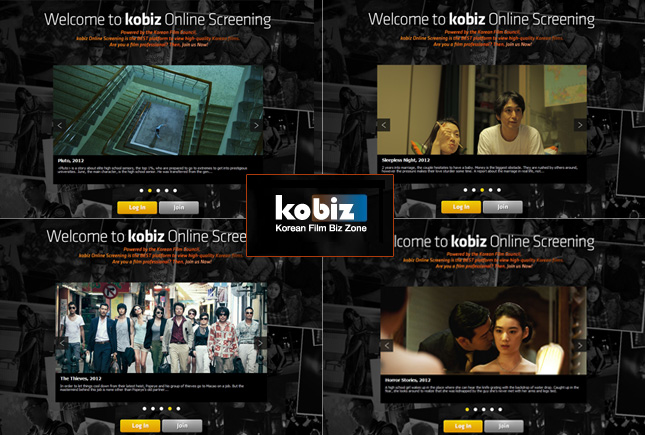 The Korean Film Council (KOFIC) will hold the KoBiz Online Screening Showcase for about two months beginning on April 22nd. This is the second showcase following the one from last December. This showcase targets programmers of overseas film festivals in the second half of 2013 and major foreign buyers who have bought Korean films in the past. This showcase is the first large-scale online screening service since an upgrade of the streaming system signifiantly improved service for overseas internet service networks. In particular, as the new service is compatible with iOS and iPad, overseas users will be able to enjoy it more conveniently.
Moreover, this service has received positive responses as viewers have been able to watch Korean films of various genres online regardless of time and place. This showcase will present feature films, short films, documentaries and animations produced after during or after 2012.
The lineup includes Jiseul, the O Muel film that picked up the Grand Prize in the Sundance Film Festival; Azooma, a LEE Ji-seung film that received rave reviews from overseas critics and film festivals before its official premiere in Korea; The Russian Novel, a SHIN Yeon-shick film; Touch, a MIN Byung-hun film. The Russian Novel and Touch became the talk of the town after being screened in the Busan International Film Festival. Besides, they will be able to watch the latest Korean box office hits such as 26 Years directed by CHO Geun-hyun, Man on the Edge directed by JO Jin-kyu and My Paparotti directed by YOON Jong-chan. As of April 5th, 89 films were selected.
The showcase will be held for 36 programmers from 21 international film festivals including those to be held in Locarno, Melbourne, Toronto, San Sebastian, Hamburg, Warsaw, Sao Paulo, Dubai and Tokyo and buyers from 14 major overseas movie distributors.
The Korean Film Council holds the KoBiz Online Screening Showcase twice a year to make access to Korean films easier and help domestic filmmakers carry out business activities with reduced costs.