ROH Deok, Director of THE EXCLUSIVE : BEAT THE DEVIL’S TATTOO 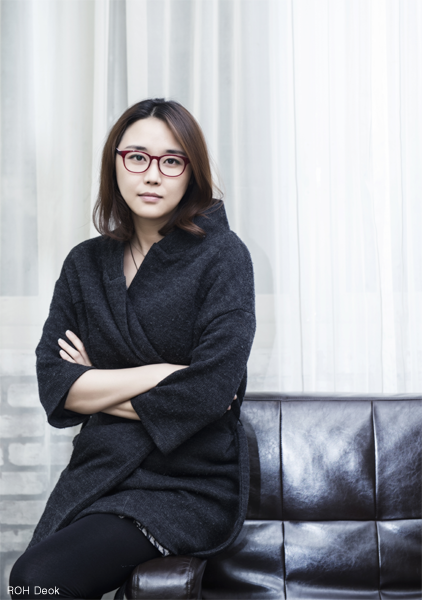 Since her debut Very Ordinary Couple (2013), ROH Deok has always been considered a promising director. Depicting a story that scoped out a couple's child-like love in detail, the picture satisfied both the public and critics with a charming wit. After 3 years, ROH proved her love and talent for black comedy with her second film, The Exclusive : Beat the Devil's Tattoo. This film is a black comedy depicting the mishaps involving HUH Mu-hyuk (JO Jung-suk), a journalist who rubs a client the wrong way and is pushed to the verge of being fired, as he turns a wrong coverage about a serial killer into an exclusive. HUH's situation is funny and yet sympathetic, having to keep on in the web of lies to carry on his unstable career. ROH has expanded her directorial territory one step further with this film. The Exclusive : Beat the Devil's Tattoo shows an irony between the truth and lies. Some parts remind us of real life. I was more inspired by the arrival of internet media, rather than particular incidents. I could see how the way people perceive journalists has changed. I started writing the scenario in 2004, and I meant to produce it before Very Ordinary Couple, but then it switched because getting investment was not easy. However, this film would have been considered as "timely" even if it was released 10 years later. The media environment is not likely to change. In Very Ordinary Couple, you introduced bank clerks, then journalists in The Exclusive : Beat the Devil's Tattoo. You do a great job in depicting specific jobs. Do you do a lot of research? Actually, I am a little lazy. So rather than doing the research before writing the scenario, instead, I wrote the scenario first and then asked journalists to check if such situations would be possible. However, for neither of the two movies, characters' occupations are very important. To be sure, the media job stands out in The Exclusive : Beat the Devil's Tattoo, but I wanted the story to be a universal one about the truth and lies. Also, when you describe a character, his or her job is not everything. A banker, a journalist and a serial killer usually have a fixed image, but I try hard to see their other sides and depict them. 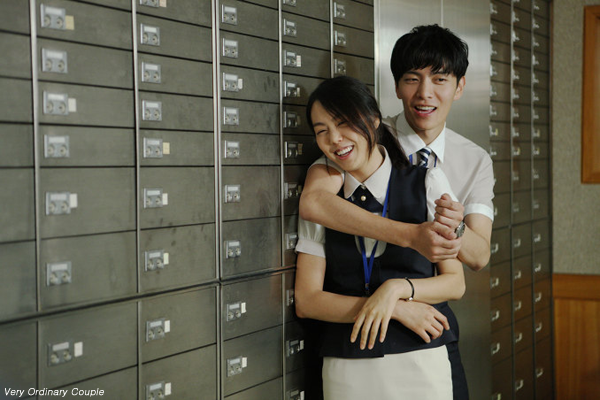 I guess that is why The Exclusive : Beat the Devil's Tattoo shows a great reversal. Basically I believe it is a film dealing with unexpectedness. The theme, form and drama plot are also made, based on unexpectedness. That is how I designed the characters as well. It is hard to encounter a serial killer in your ordinary life. A serial killer usually exists in the news or novels, so such character is likely to have a fixed image. I wanted to design the character with a sense of unexpectedness. If they did exist with us, what would they look like? How would they look if they were in the middle of downtown in the broad daylight? If they were making a familiar dish like bean paste noodles for us, what would their hands look like? Likewise, I set the tone of the film while bringing in such cliched characters to the ordinary life. The first half of the film is a comedy and the later part is a thriller. What do genres mean in your films? I really do love the comedy. The Exclusive : Beat the Devil's Tattoo is basically a comedy as well, although its thriller aspect was emphasized for the sake of promotion as it was released at the same time with another thriller, The Phone. Even though The Exclusive : Beat the Devil's Tattoo has some thriller-esque elements, the big picture consists of a huge joke and satire. So I worked hard on the comedy aspect than the thriller. Making this film was great fun for myself as well, because I kept thinking and wondering how much comic elements the audience would be able to find. It is a huge joke, with its own kick. What did you want to say through this loud episode? I wanted to say that the current world consists of judgements and decisions made more quickly than necessary. When the speed rules the world, we have no time to really dig the truth, and therefore what is not the truth becomes the truth. People are not interested in the truth either. However, the truth does exist, and we have to be way more active to be able to find it out. I wanted to show the kind of joke that might happen when you just passively receive the given information. Mixed genres seems to be the signature characteristic of the directors in their 30-40s. We often see films that play with genres, bending and twisting them, like Spellbound (2011) and Monster (2014). I guess that is because our generation is comfortable with genre films. We are so called the "Spielberg generation," growing up with a variety of film genres, and therefore having no genre obstacle. Also, from Korean cinema's point of view, it has been about 20 years since the Korean cinema renaissance, and it makes us exercise about making new films, which sometimes leads to mixed genres. However, I see genres as a mere container. It is just one of many things that you need to tell narratives and show characters. Has anything changed for you after these two films? A lot of things have changed. I made the two films like a rookie director, fully enjoying films. However, I now feel I need to do more works on planning as an established director, or "commercial director" if you like, because I am not a beginner any more. Because the Korean film market is small, you have to appeal to a wide range of audiences, from an old lady in the remote countryside to a middle class man in downtown Seoul, which makes it hard for us to estimate the average among the audience. For example, The Exclusive : Beat the Devil's Tattoo had mixed responses, depending on whether they got the fun elements or not. That's why you need to tell a story that is universal and appealing to everybody, which brings in the danger of losing the film's own unique signature. Sometimes I am worried that this may actually undermine the power of my films. In addition, you also need to think about the actors and investment issues, as well as reading the trend and the audience's sentiments. Considering these, I've been pondering hard which one of my 7-8 items to choose, for more than a month. I hope you would make one more realistic romance film. (laughs) Romance movies are great, but I am also looking into social satire, disaster thriller and fantasy action genres. OK, let me tell you about the stories that I have in mind, and ask you to pick one that sounds the most interesting!
Any copying, republication or redistribution of KOFIC's content is prohibited without prior consent of KOFIC.
Related People Related Films