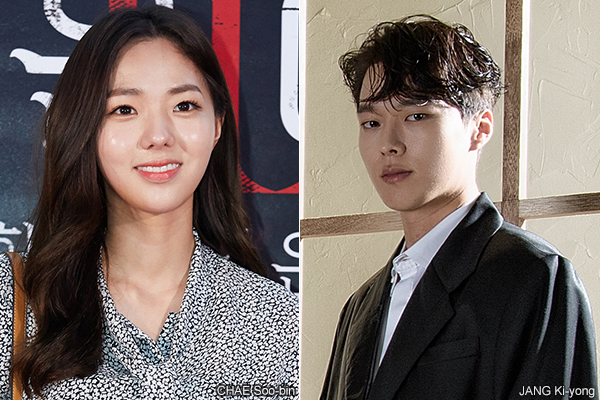 Young stars CHAE Soo-bin and JANG Ki-yong are reportedly close to signing as the leads of the upcoming romantic comedy Sweet and Sour (translated title). The film will be the latest of LUCK-KEY (2016) director LEE Gae-byok.
CHAE and JANG will depict a couple who fall in love at first sight but as work and life wears them down, they start to grow further apart.
Though both actors are largely known for their TV work, CHAE Soo-bin has appeared in supporting roles in the dramas My Dictator (2014), SORI: Voice from the Heart (2016) and this year’s ROSEBUD. JANG meanwhile is making his big screen debut this month in the Chuseok action-drama The Bad Guys: Reign of Chaos.
Director LEE scored a major hit with his comedy LUCK-KEY, which attracted close to seven million viewers in 2016. The director is about to return to theaters with the family-themed comedy CHEER UP, MR. LEE with CHA Seung-won, which will open on September 11, in time for the local Chuseok holiday season.
Filming on Sweet and Sour is expected to begin in early October. Production is being handled by 26 Company, the outfit behind Clown of a Salesman (2015) and Spring, Again.
Any copying, republication or redistribution of KOFIC's content is prohibited without prior consent of KOFIC.
Related People Related Films