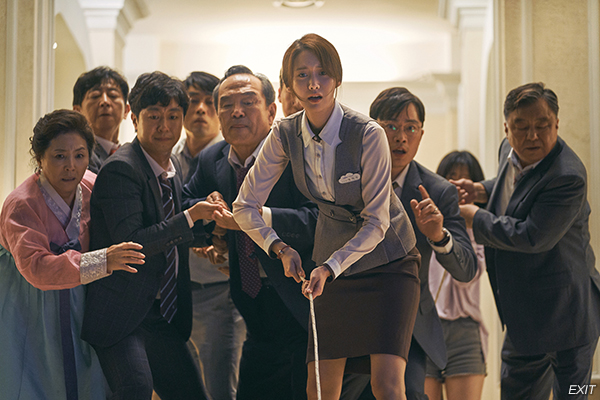 After a slow start to the local high season at the box office, the winds finally shifted back to local content as two new tentpoles claimed the first two spots. Domestic films accounted for 75% of sale, which totaled 3.73 million over the last weekend, with plenty more to come.
From CJ Entertainment and producer RYOO Seung-wan and KANG Hae-jung, the disaster action-comedy EXIT got off to a strong start and has been generating strong word of mouth as an all-around crowd pleaser for the whole family, which allowed it to easily claim first place with 2.04 million tickets (USD 15.02 million) sold over the weekend, and a powerful 2.96 million admissions (USD 20.56 million) recorded since its Wednesday start. With reservations and reactions strong for the JO Jung-suk and Yoon-a vehicle, the film should go quite a bit further in the coming weeks.
From Midnight Runners (2017) director Jason KIM and star PARK Seo-jun, the occult action-drama The Divine Fury had a solid opening day, when it was just behind EXIT, but as the week wore on, interest quickly waned and by the end of its first weekend, the Lotte Entertainment title mustered a slightly disappointing 594,000 entries (USD 4.39 million) in second place. In five days, the film has sold 1.17 million (USD 7.66 million) tickets but will struggle to maintain its position in the coming days.
With schools out for summer holidays, The Secret Life of Pets 2 was ideally positioned for younger viewers and kicked off its run with a respectable 341,000 tickets (USD 2.33 million) sold over the weekend and a running total of 638,000 admissions (USD 4.04 million) since its Wednesday start. Reflecting the sequel’s performance in other markets, this start was about 30% less than its predecessor, which opened during the same weekend in 2016.
Slowing down 70% in its third frame was The Lion King, which still managed 271,000 sales (USD 1.94 million) in fourth place, raising its total to a healthy 4.5 million entries (USD 32.86 million). Fellow live-action Disney update Aladdin, now in week 11, took a 47% hit as it filled another 230,000 seats (USD 1.71 million). Its total now stands at 12.23 million admissions (USD 86.61 million).
While EXIT is expected to continue pulling in crowds, a pair of new local titles are also threatening to make a major impact this week. Showbox is entering the fray with their period independence fighter action-drama The Battle: Roar to Victory, which stars RYU Jun-yeol and YOO Hae-jin. Meanwhile, the BTS concert event documentary BRING THE SOUL : THE MOVIE is handily topping the reservations chart and should have a solid start, though if it performs similarly to prior K-pop event films, it will be a strong but brief run in theaters.
Any copying, republication or redistribution of KOFIC's content is prohibited without prior consent of KOFIC.
Related People Related Films Related Company Related News 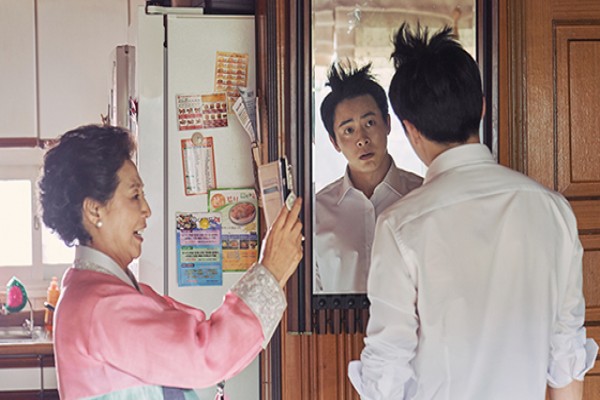 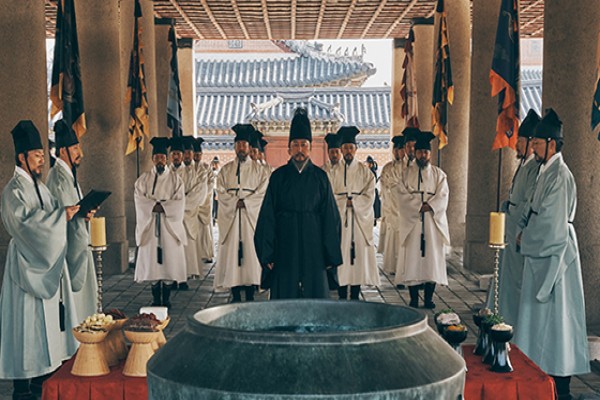