Sitges Loads Up 14 Titles from Korea

Oct 04, 2018
BURNING and ALONG WITH THE GODS to Compete in Catalonia 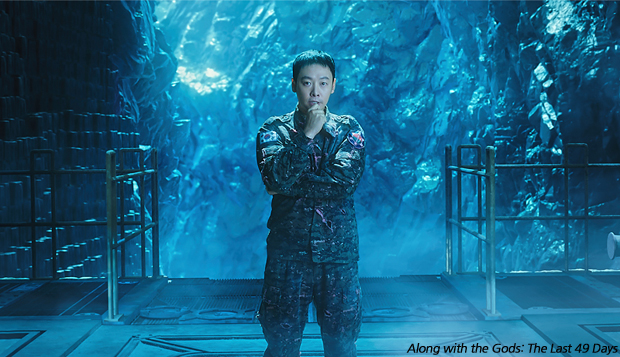 The Sitges International Fantastic Film Festival of Catalonia returns for its 51st edition this month, and with it comes once again a broad lineup of the latest genre cinema from Korea. 14 films have been invited this year, among them ten features and four shorts film. Three of those features and one of the shorts will be featured in the festival’s competition sections.
Featuring in the Official Fantastic Competition in Sitges will be BURNING, the latest film from arthouse auteur LEE Chang-dong, as well as Along with the Gods: The Two Worlds (2017) and Along with the Gods: The Last 49 Days, the two-part fantasy epic series directed by Yong-. BURNING, based on a short story by Haruki, debuted in competition at the Cannes Film Festival earlier this year. The Along with the Gods films, released last December and this August, became the first series of films to individually cross the ten million admissions mark at the Korean box office.
Among this year’s Orbita section in Catalonia will be LEE Hae-young’s Drug War remake Believer, KANG crime drama smash hit The OUTLAWS (2017) with Don LEE (aka MA Dong-), and YOON Jong-bin’s Cannes-invited espionage drama The Spy Gone North.
The Noves Visions section, which tends to focus on lower-budget arthouse fare, has invited KIM Ui- debut After My Death, which earned the New Currents Award at the Busan International Film Festival last year, and KIM Ki- controversial Human, Space, Time and Human, which debuted at the Berlin International Film Festival in February.
Other features include HUH Jong-ho’s period creature feature Monstrum in Panorama Fantastica and JUNG Bum- hit found-footage horror GONJIAM: Haunted Asylum in Midnight X-Treme.
LEE Kyoung-mi’s new short The Lady from 406 (2017) featuring LEE Young-ae will participate in the Official Fantastic Short Film Competition while PARK Hyun- Ghost, HONG Jae- Horomaru and LEE Hyun-suk’s VOLT: CHAIN CITY (2017) will also feature in a sponsored section.
This year’s festivities in Sitges take place from October 4 to 14.
Any copying, republication or redistribution of KOFIC's content is prohibited without prior consent of KOFIC.
Related People Related Films Related Company Related News