YOUN Yuh-jung to Appear in US Comedic Drama HIGHLAND 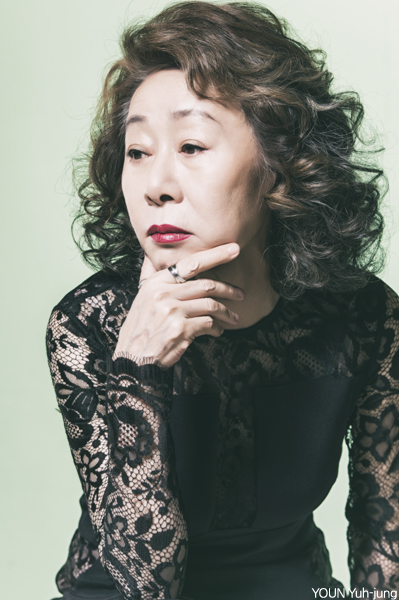 YOUN Yuh-jung may soon be appearing on screens across the US on a weekly basis.
YOUN’s agency Hook Entertainment announced that the veteran actress participated in shooting the pilot for the drama Highland in Los Angeles in late September.
Highland is described as a comedic drama that tells the story of two dysfunctional Korean-American families that are forced to come together after a tragic event. Korean-American, stand-up comedian Margaret CHO will serve as executive producer on the series which is partially inspired by her personal experiences.
"It was not a regular program, however YOUN Yuh-jung did shoot a pilot but did not tell the details, " said an official from Hook Entertainment, "she stayed for two weeks in the US alone and came back after shooting under the US-style shooting system."
YOUN, whose career spans nearly 5 decades, has an eclectic filmography that includes a long list of television and film credits. She made her silver screen debut in Hwa-nyeo (1971), KIM Ki-young’s follow up to his classic psychological thriller The Housemaid (1960), and would later star in the classic revenge film Mother (1985). YOUN, who is still very active, recently appeared in the Netflix drama Sense8.
TNT, a US cable TV network that reaches over 90 million homes, ordered the Highland pilot earlier this year. It will be produced by Tomorrow Studios, the same company behind another important pilot TNT, the television adaptation of BONG Joon-ho’s Snowpiercer.
Any copying, republication or redistribution of KOFIC's content is prohibited without prior consent of KOFIC.
Related People Related Films Related News