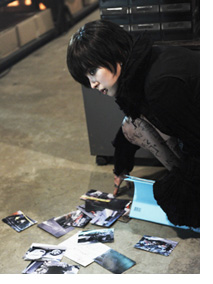 In a secret vault of an insurance company, manager PARK and new employee Se-yeong pull out old folders. Manager PARK discovers Se-yeong’s extraordinary ability to communicate with dead people and orders Se-yeong to uncover secrets of cases suspected of being used for insurance frauds.
444 is a bridge episode that covers the three remaining episodes of Horror Stories II. Its plot asks the audience intriguing questions. Director MIN Kyu-dong created a stylish horror movie through a delicate psychological description and a unique interpretation of horror through Memento Mori. MIN cemented his position as a commercially successful director through The Most Beautiful Goodbye and All about My Wife. In 2012, MIN shows a unique horror movie by directing a bridge episode that covers the start, middle and end of Horror Stories II. MIN creates an original world of horror through 444, an episode of Horror Stories II.
◇ Bizarre Story about Lost People - The Cliff 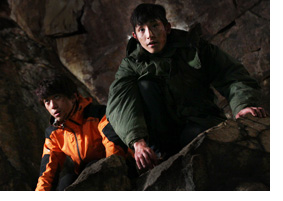 Two friends get lost on a steep cliff. A chocolate bar is the only food that they have. They are put into a terrible situation where one should die for the other. They begin to lost their minds.
This episode depicts extreme horror through madness to survive. Director KIM Sung-ho has been recognized as a master in telling horror stories since the Into the Mirror in 2003 and his adaptation of Black House. MIN’s debut film Into the Mirror is a film about a mysterious serial murder case at a department store after a fire. Hollywood remade the film. In addition, Black House starring HWANG Jung-min was well received by critics who said that it sensuously expressed innate horror. The Cliff, an episode of Horror Stories II, is based on a popular webtoon. This film elaborately and sharply portrays human selfishness for survival through two friends who get lost and face a crossroads of life and death.
◇ Horrible Travel - The Pain of Death 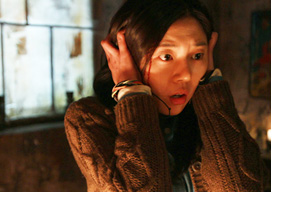 Ji-eun, Mi-ra and Seon-ju take a trip to relieve stress from failing in their teacher certification examination. But they have a car accident. In spite of their injuries, they escape a forest. After finding a dim light, they walk faster toward it. Later, while walking, Ji-eun hears her mother call her.
People paid attention to the sustained suspense of The Neighbors directed by KIM Hwi in 2012. KIM depicted the anxieties of neighbors and conflicts among them through the film and proved his ability as a screenplay writer through Midnight F.M.. The Pain of Death tells of three friends who find themselves in a very bizarre situation after having a car accident during their travel. They are put into a space between life and death. Their tense situation will horrify viewers. BAEK Jin-hee honed her acting skills through many works such as Bandhobi, Foxy Festival and Acoustic. BAEK attempts to be a new horror queen by playing a person who does not know what to do, hovering between life and death.
◇ Haunted Elevator - Escape 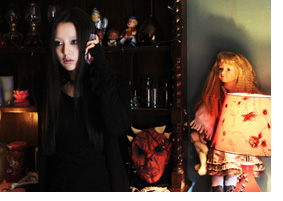 Byeong-shin is put to shame by his students on his first day as a student teacher. Byeong-shin is trapped at the entrance to hell after uttering a mysterious spell he learned from Tan-hee, a high school girl obsessed with dark magic. Byeong-shin has to repeat the black art told by Tan-hee to return to this world.
JUNG Bum-shik directs another episode after Horror Stories which premiered last year. At that time, Sun and Moon maximized fear through the anxieties of a brother and a sister who are left home alone late at night. JUNG’s excellent skills at horror films are well displayed through his screenplay for Epitaph and his direction of the film which deals with a bizarre incident at a hospital in Seoul in 1942. Delicate camera work that instills fear inside humans coined a new phrase, “sensitive horror.”  Director JUNG captivates audiences with the extraordinary setting of Escape where people move to another world via an elevator, one of the spaces that many people feel fear in their everyday lives. The unpredictable story leads people to feel a new kind of fear through sensual mise-en-scene.
Any copying, republication or redistribution of KOFIC's content is prohibited without prior consent of KOFIC.
Related People Related Films