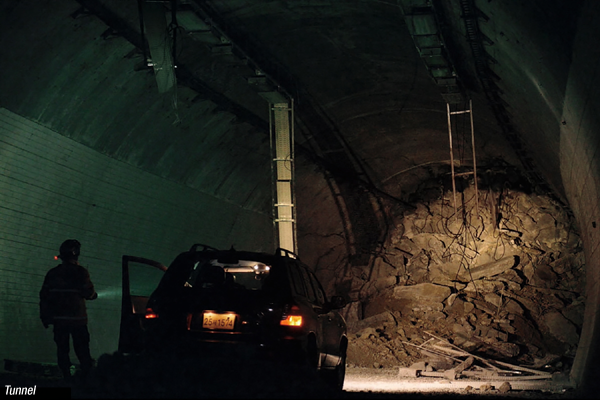 With record temperatures still beating down on the peninsula, attendance remained high at the Korean box office during the Independence Day weekend. Local films were the overwhelming favorite, accounting for 85% of the frame’s 4.59 million admissions.

Posting a commanding first place debut was Showbox’s disaster pic Tunnel, from A Hard Day (2014) director KIM Seong-hun and featuring stars HA Jung-woo and BAE Doo-na. With strong reviews, the film attracted 1.82 million admissions (USD 13.85 million) over the weekend and 2.58 million viewers (USD 19.03 million) since its Wednesday debut. Spectators have given the film strong marks and with high interest the film should shift quite a few more tickets in the coming weeks.

No slouch in second place was word of mouth hit The Last Princess, which eased a slight 17% as it added 966,863 tickets (USD 7.33 million) in its second weekend. The HUR Jin-ho Colonial Era drama with SON Ye-jin has so far brought in 3.55 million admissions (USD 25.68 million).

Flat with last week but down 42% was Hollywood animation The Secret Life of Pets, which sold another 368,295 tickets (USD 2.68 million) for a healthy running total of 1.72 million admissions (USD 11.98 million).

Women’s ice hockey drama Run-Off with Su Ae, a sequel to the 2009 hit Take Off, was unable to convert seasonal interest in the Rio Olympics as it mustered just 262,386 admissions (USD 1.91 million) in its first weekend in sixth place, and 406,502 moviegoers (USD 2.89 million) in total over its first five days.