OPERATION CHROMITE and TRAIN TO BUSAN Battle for Supremacy 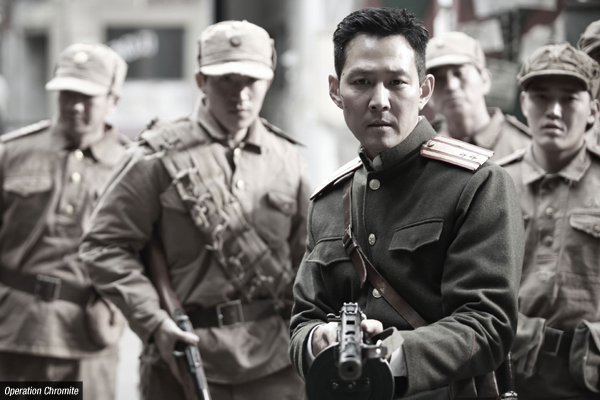 The biggest weekend of the year to date at the Korean box office featured two local hits vying for supremacy while a major Hollywood franchise opened well but in a distant third place. The high summer season gave local films the edge, with a 67% market share of the staggering 4.84 million admissions total. To put that in perspective, almost one out of every ten residents in Korea went to the cinema over the past weekend.

Booming into first place was John H. LEE’s Korean War action-drama Operation Chromite, which pulled in an impressive 1.79 million viewers (USD 13.49 million) in its first frame and 2.63 million spectators (USD 18.61 million) since its Wednesday bow. Contributing to the film’s success were the casting of Hollywood superstar Liam Neeson as General MacArthur and the patriotic angle of the film which has bolstered recent war titles such as Roaring Currents (2014) and Northern Limit Line (2015). The critical consensus for the film has been abysmal but audience scores have so far been quite positive, though the film faces strong competition going forward.

Falling 55% after the biggest opening of all time was local zombie smash TRAINT TO BUSAN. The film added 1.45 million tickets (USD 11.18 million) to its total, which now stands at a stunning 8.41 million admissions (USD 61.52 million). Competition from two new blockbusters was brutal but YEON Sang-ho’s film more held its own on a wave of strong word of mouth and plenty of media exposure. 10-million-admissions is a certainty, but, again, competition is strong throughout August.

Opening with far and away a franchise best was Jason Bourne, the fifth title in the series, with 1.02 million viewers (USD 8.07 million) and a robust 1.54 million spectators (USD 11.46 million) in its first five days. That’s well over the life run of the previous instalment The Bourne Legacy (2012), though that did not feature Matt Damon, and the spy action-thriller will have no trouble topping the two million total of previous franchise record holder The Bourne Ultimatum (2007).

Wading into the field this coming weekend are Warner Bros’ comic book title Suicide Squad and Lotte Entertainment’s local period pic The Last Princess. Both are poised to open well while the current top three are still very present on the reservations chart.