DORY Finds Its Way to 1st Place in Korea 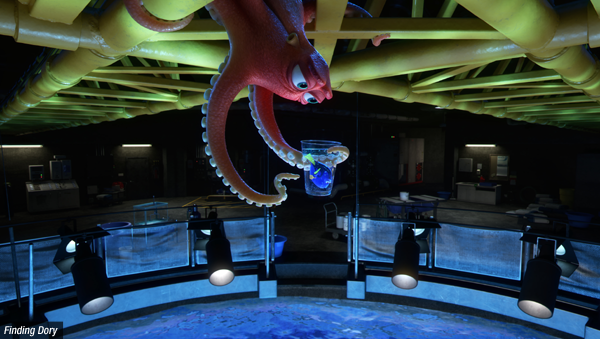 Business ticked up over the weekend with popular new releases bolstering sales to 2.66 million admissions. Pixar’s latest gave Hollywood a thin advantage at 51% while local films accounted for 47% of business.

Coming in first place was Disney-Pixar’s Finding Dory, which opened with 852,109 viewers (USD 6.23 million) over the weekend and generated 1.02 million sales (USD 7.36 million) during its first five days. Already close to being the top grossing animated film of all time in the United States, Finding Dory is generating strong audience scores and may replicate the leggy success of Inside Out last year, which wound up with just shy of five million admissions.

The latest Joseon Era film to invade theaters, CJ Entertainment’s Seondal: The Man who Sells the River, a vehicle for young star YOO Seung-ho, was equally impressive in its debut, with 779,201 viewers (USD 5.62 million) over the weekend and 1.05 million viewers (USD 7.38 million) since its Wednesday start. Reviews have not been kind but viewers have responded more positively to the film which may give it some legs going forward.

Dropping from pole position after a 37% slide was Showbox’s Familyhood with another 409,195 spectators (USD 3.05 million). The KIM Hye-soo comedy-drama has to date pulled in an impressive 1.72 million viewers (USD 12.19 million).

Though it doesn’t open officially until the 13th, caper film Now You See Me 2 landed in fourth on the strength of well-attended Saturday and Sunday previews, which netted it 196,987 viewers (USD 1.5 million). The film, which is currently leading the reservations chart, is well-positioned for the first place showing next weekend.