THE REVENANT Remains in First Place 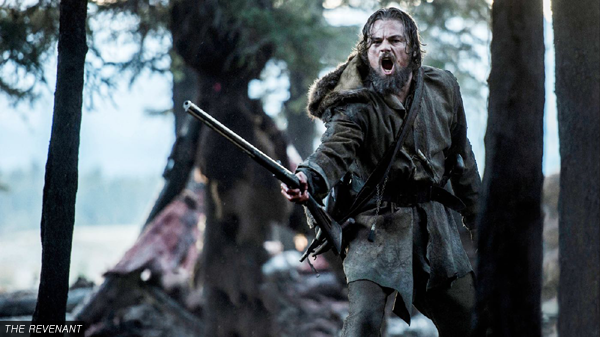 Hollywood survival pic The Revenant remained in first place, though only by a razor-thin 0.4% margin, during a slow mid-January weekend at the Korean box office which shifted 1.58 million tickets, with US films just about claiming a majority with 51%. Local films accounted for 46% of business.
Leonardo DiCaprio’s grisly period action-thriller slid 42% in its sophomore weekend, adding 399,966 tickets (USD 2.8 million) for a 1.52 million admissions total (USD 10.27 million) to date, mirroring its strong performance in other global markets. The Revenant received 12 nominations for next month’s Academy Awards, the most of any film.
A fraction behind with 398,319 viewers (USD 2.61 million) was the rather soft opening weekend of Korean War melodrama A Melody to Remember. Starring K-pop singer IM Si-wan and Snowpiercer (2013) star KO Asung and directed by LEE Han (Punch, 2011), the film has so far met with a muted response but will hope to draw in crowds, particularly older viewers, over the Lunar New Year holiday, though its young cast may prove be an obstacle. The film has brought in 501,650 spectators (USD 3.27 million) since its Thursday debut.
Dipping 46% in its third weekend was Pixar’s The Good Dinosaur with another 146,687 viewers (USD 906,720), bringing its total to 1.22 million admissions (USD 7.45 million). Opening in fourth place was recession drama The Big Short with 143,092 viewers (USD 1.01 million) over the weekend and 171,902 admissions (USD 1.2 million) in four days.
Losing another 55% was The Himalayas in fifth place, with 84,284 spectators (USD 560,944) and a new total of 7.65 million (USD 49.41 million). Meanwhile, local romance Mood of the Day crashed 70% and down to sixth place for an 83,065 admissions (USD 565,347) in second weekend, giving it a lacklustre 577,776 total (USD 3.83 million).
Leading the diversity chart was US elderly romance 5 Flights Up with Morgan Freeman and Diane Keaton, with 10,169 viewers (USD 66,611) and 13,341 (USD 86,629) in total.
Looking to top the chart this coming weekend is animation Kung Fu Panda 3, which already has a commanding lead on the reservations chart. Also opening is local high-concept drama SORI: Voice from the Heart.
Any copying, republication or redistribution of KOFIC's content is prohibited without prior consent of KOFIC.
Related People Related Films