Feb 04, 2013
Review of Korean Film Industry in 2012
The Korean film industry saw an impressive rise in terms of admissions and ticket sales in 2012. The total audience figure stood at 194.89 million, a year-on-year increase of 21.9%. Two Korean movies attracted more than ten million spectators. Let’s review the Korean film industry in 2012 and consider its prospects for 2013. 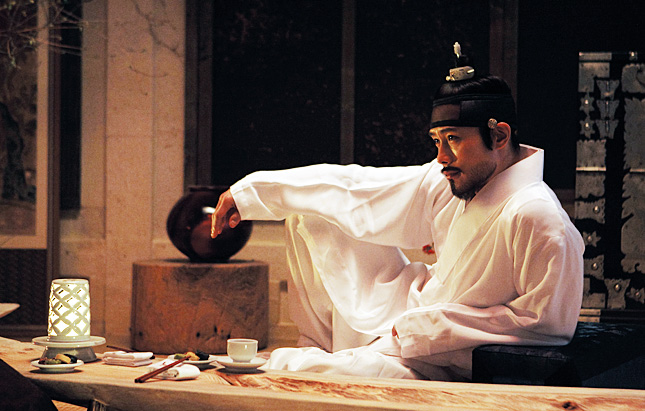 Sharp Rise in Theater Admissions and Sales
In 2012, total ticket sales stood at USD12.1 billion, a new record, up from USD10.3 billion in 2011. Box office reached USD8.3 billion in 2009, a figure that rose to USD9.6 billion in 2010 and USD10.3 billion in 2011. In 2012, the figure reached USD12.1 billion, an increase of 17.7% from a year earlier. The number of Korea’s total admissions stood at 194,892,244, an increase of 22% from 2011. Among them, the number of admissions for Korean films reached 114,612,900, a year-on-year increase of 38.3% and a new milestone for the industry. The number of average admissions per person stood at 3.83, the highest recorded figure since 2000. Korean films in the limelight took the initiative and lead the overall film market. Accordingly, the market share of Korean films reached a whopping 58.8%.
Increase in Exports of Korean Films
In 2012, Korean films performed well in overseas markets. Total exports of Korean films rose 27.5% and exceeded USD20 million for the first time since 2008. The direct overseas distribution of Korean films also paid off as those engaging in exporting Korean films put in a great effort in spite of shrinking overseas film markets. This was attributable not just to the general flows of markets but to exporting companies’ mid to long-term strategies such as directly selling Korean films to overseas theaters.
Growth of Online Movie Market
A new post-theatrical film market is growing online via wired and wireless telecommunication. Through the online market, various services have been launched and are rapidly growing. The online market is expanding around IPTV, VOD and mobile services. Once again, the post-theatrical film market showed its potential in the digital online market in 2012. The value of the digital online film market last year was estimated at USD178 million. Since it stood at USD74 million in 2009, this represents an average yearly growth of 35%.
7 Korean Movies Among Top 10 Hits

In 2012, Korean films took the lead in the Korean movie market. Seven of the top ten films were locally-produced. The Thieves and Masquerade enjoyed overwhelming box office success by recording 12,983,182 and 12,319,390 admissions respectively. Korean box office hits such as A Werewolf Boy, The Grand Heist, Nameless Gangster: Rules of the Time, All About My Wife and Deranged played a key role in forming public opinions by introducing social and political issues. The year 2012 proved that Koreans still favored Korean films over foreign productions as two movies became ten million admissions hits while 14 attracted more than two million moviegoers. Only three Hollywood movies joined the group of the ten most successful box office hits in Korea in 2012. They were The Avengers, The Dark Knight Rises and The Amazing Spider-Man.
CJ, Showbox and Lotte Lead Distribution Sector

CJ E&M was dominant atop the film distribution standings in 2012. The company has ranked first throughout the past ten years. CJ E&M distributed 43 films which recorded 52,463,660 admissions and a market share of 27.2%. CJ E&M distributed three of the top ten box office hits – Masquerade, A Werewolf Boy and Deranged. A total of 11 movies including The Thieves, Confession of Murder and A Company Man were distributed by second-ranked Showbox/Mediaplex. Third-ranked Lotte Entertainment distributed 44 films, the highest number among film distributors in Korea, but it did not achieve desired results.
Hopes for the Korean Film Industry in 2013
The outlook for Korean films is bright in 2013 even at the beginning of the year. The Tower, released in December of last year, is leading the way as it recorded five million admissions as of January 22nd, 2013. In addition, Korea and the world’s attention is turning to The Berlin File, a global action project from RYOO Seung-wan. The Berlin File is scheduled to premiere in the U.S. in the middle of February following its January 31st bow in Korea. Stoker, a PARK Chan-wook film will meet movie fans around the world with its world premiere in Korea around the end of February, shortly after The Last Stand, director KIM Jee-woon’s Hollywood debut. Snow Piercer, the new BONG Joon-ho film and another global film project is currently in post-production.
Other films to be released in 2013 include Fist of Legend directed by KANG Woo-suk, Mr. Go directed by KIM Yong-hwa, New World directed by PARK Hoon-jung, The Huntresses directed by PARK Jae-hyun , Secretly Greatly directed by JANG Cheol-soo, Cold Eyes (working title) directed by JOH Ui-seok and KIM Byeong-seo, A Family Reunion (working title) directed by SONG Hae-sung, Commitment directed by PARK Hong-su, Rollercoaster (working title) directed by HA Jung-woo, The Suspect directed by WON Shin-yun, Hwayi directed by JANG Joon-hwan and Rough Play produced by KIM Ki-duk. Besides, new works by art-house directors such as HONG Sangsoo and LEE Chang-dong can also be expected. The Korean film industry is expected to satisfy film fans not only in Korea but around the world in 2013.