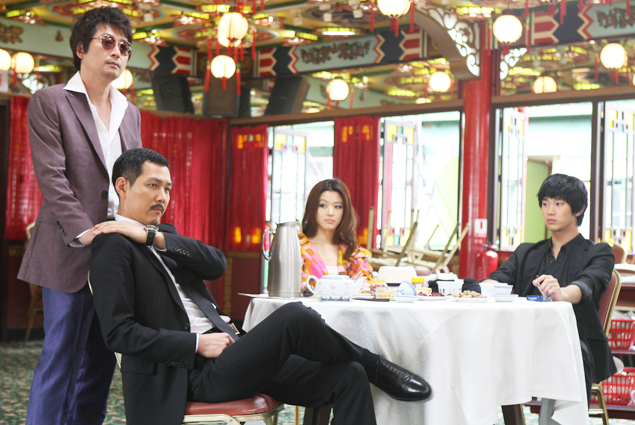 The first half of August was witness to a record-breaking performance by CHOI Dong-hoon’s The Thieves, which became the sixth Korean film in history to pass the 10 million admissions mark. Originally released on July 25, the film sold more than 6 million tickets from August 1~15, recording its 10 millionth ticket overall on August 15. The 22 days it took to reach the milestone was the shortest time ever.

Attention is now being focused on how high the film’s ultimate tally will go. As of this writing, The Thieves had already passed Silmido (11.2 million total admissions) and Haeundae (11.3 million admissions) to become the fourth best-selling Korean film in history, and was closing in on the total for KANG Je-kyu’s Taegukgi (11.7 million admissions). Beyond that, the only films that have sold more tickets are LEE Joon-ik’s King And The Clown with 12.3 million admissions, BONG Joon-ho’s The Host with 13.2 million admissions, and Hollywood blockbuster Avatar with 13.4 million admissions.
The Thieves is about a group of crooks from Korea and Hong Kong who team up to steal a diamond from a Macau casino. The film features an acclaimed ensemble cast including KIM Yun-seok(The Chaser), KIM Hye-soo(Tazza: The High Rollers), LEE Jung-jae(The Housemaid), JUN Ji-hyun(My Sassy Girl), KIM Soo-hyun, OH Dal-soo(Old Boy) and KIM Hae-sook(Thirst). It also includes Hong Kong stars Simon YAM(Election), Angelica LEE Sin-je(The Eye), and Derek TSANG(Dream Home).
Meanwhile, another Korean film emerged as a major hit, despite screening in the shadow of The Thieves. The period comedy The Grand Heist is set during the Joseon Dynasty, and is centered around a motley collection of individuals who plot to steal blocks of ice from an underground storage facility during the summer. In doing so, they come into direct conflict with a powerful yangban aristocrat. Starring CHA Tae-hyun(Hello Ghost), OH Ji-ho(Sector 7) and other supporting players such as MIN Hyo-lin(Sunny), SHIN Jeong-geun(Runway Cop) and GO Chang-seok(The Front Line), the film opened on August 8. Within the space of just a week, it had sold more than 2 million tickets while maintaining strong momentum at the box office. The film marks another hit for local distributor N.E.W., which despite its small size has gained reputation for releasing Korean hit films.
Another period comedy, this one centered around the figure of King Sejong, proved to be much less successful at the box office. Released on August 8, the same day as The Grand Heist, I am the King managed to sell only 600,000 tickets in the same time frame. Directed by JANG Kyu-sung(My Teacher, Mr. Kim), the film stars JU Ji-hun(The Naked Kitchen), BAEK Yun-shick(The Taste of Money), and BYUN Hee-bong(The Host) in a story about a prince and a slave who look identical, and who end up switching places by accident. In a box office battle between two somewhat similar films, I am the King was clearly judged by viewers to be less appealing.
R2B, a genre film about Air Force pilots, opened on August 15 at #4 in the daily box office chart. Its one-day total plus numerous preview screenings amounted to 260,000 admissions -- which is considerably less than its investors were hoping for, given the film’s large budget. The film stars the popular singer JUNG Ji-hoon(aka Rain), YU Jun-sang(In Another Country) and SHIN Se-kyung(Hindsight). The disappointing performance continues the recent trend which many big-budget prospective blockbusters (The Thieves being the notable exception) have failed to stir up much excitement among viewers. 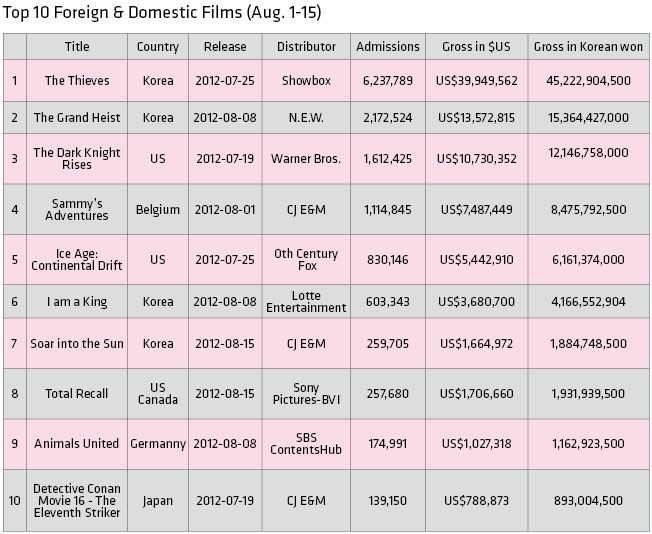 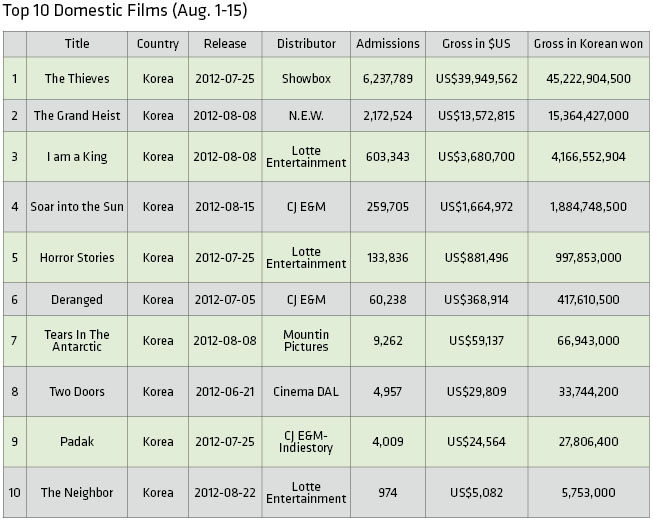