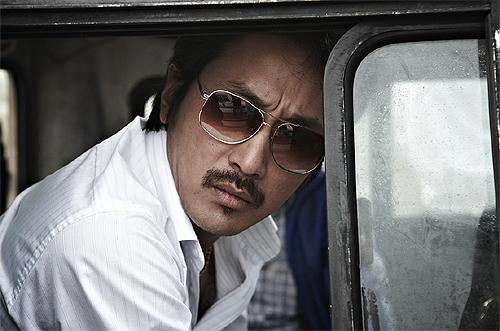 YOON Jong-bin’s <Nameless Gangster:Rules of the Time> is still topping the box office chart, without any hint of going down. Released Feb. 2, the film took in over 853,000 admissions and KW6.7 billion (US$6 million) to stay at no. 1 for its fourth week. As of time of writing, <Nameless Gangster> has surpassed an accumulated total of 4 million admissions for distributor Showbox/Mediaplex.
Directed by YOO Ha, starring SONG Kang-ho and LEE Na-young, <Howling> stopped at no. 2 in its first and second week on release. A rather disappointing opening score for CJ E&M considering Song’s reputation as Korea’s top ticket draw. (Of course, his last film, <Hindsight> stopped at a total of 200,000 admissions.) Nonetheless, <Howling> took in more than 861,000 admissions and KW6.4 billion (US$5.75 million) in these two weeks. The film is a thriller about a mysterious series of wolf hound killings.
The Lunar New Year’s box office winner <Dancing Queen> has added more than 330,000 admissions in the past two weeks for CJ E&M. Starring UHM Jung-hwa as the wife of a mayoral candidate with a secret life as a singer/dancer, the comedy-drama is about to go over the 4 million admissions mark in total, too.
<Unbowed>, which had stayed at the top of the charts with <Nameless Gangster> and <Dancing Queen>, has now lost some steam. Meanwhile, Hollywood releases <Man on a Ledge> and <The Grey> have taken the no. 4 and 5 spots with 330,000 and 190,000 admissions respectively.
But without any highly anticipated releases from Hollywood, Korean films are expected to keep rising for the time being. In March, a string of Korean films are going to be on release, including the romantic comedy <Love Fiction> starring HA Jung-woo and KONG Hyo-jin, director BYUN Young-joo’s latest film <Helpless> (March 8), and director CHANG Yoon-hyun’s costume drama <Gabi> (March 15).
In the Top 10 Domestic Films rankingsat no. 9 and 10, <King of Pigs> and <The Day He Arrives> are both there with the results of an independent film showcase held by the Korean Film Archives (KOFA).
Any copying, republication or redistribution of KOFIC's content is prohibited without prior consent of KOFIC.
Related People Related Films