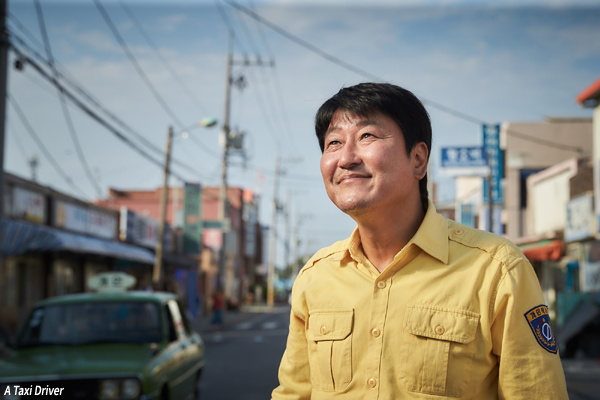 It was another big year for Korean films at the Fantasia International Film Festival, with no less than five awards spread among the 14 Korean features and shorts invited to the Montreal-based fest. Top among them was A Taxi Driver, which earned the Cheval Noir Best Actor award for its star SONG Kang-ho.
The fourth feature from JANG Hun, A Taxi Driver was invited to close the festival on the same day that it started its sensational box office run back in Korea, where it has so far accrued 5.8 million viewers (USD 39.86 million) in eight days. SONG plays a cabbie who drives a German reporter, played by Thomas Kretschmann, from Seoul to the city of Gwangju to cover the protest of May, 1980.
In a separate competition, CHOI Kook-hee’s debut film Split, a bowling drama starring YOO Ji-tae, earned the New Flesh Award for Best First Feature. The Action! Award award was bestowed on the NK action-comedy Confidential Assignment, directed by KIM Sung-hoon and starring Hyun-bin and YOO Hae-jin.
JO Seon-ho’s time slip thriller debut A Day with KIM Myung-min and BYUN Yo-han received the Bronze Audience Award. Lastly, JUNG Byung-gil’s The Villainess starring KIM Ok-vin, which debuted at the Cannes Film Festival back in May, came away with the Silver Guru Action Prize.
Last year, YEON Sang-ho’s TRAIN TO BUSAN earned the Cheval Noir Award for Best film, while The Bacchus Lady earned the awards for Best Screenplay (E J-yong) and Best Actress (YOUN Yuh-jung).
Any copying, republication or redistribution of KOFIC's content is prohibited without prior consent of KOFIC.
Related People Related Films Related News