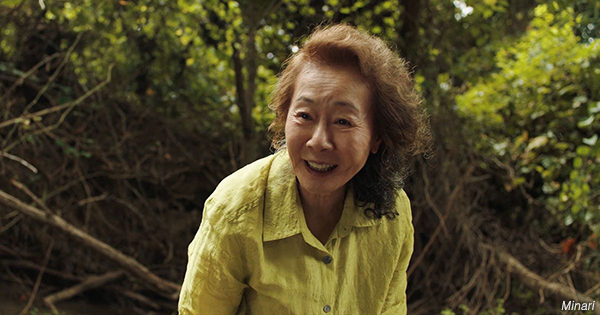 YOUN Yuh-jung’s hot streak in the North American awards circuit continues as she pushed her tally of Best Supporting Actress trophies to 16. She also landed one of Minari’s six nominations for this year’s 36th Independent Spirit Awards.
The Korean actress, whose career has stretched from KIM Ki-young’s Woman of Fire (1971), through to The Housemaid (2010), The Bacchus Lady (2016) and more, beat out competitors to win Best Supporting Actress prizes from the Black Film Critics Circle, the Kansas City Film Critics, the National Board of Review and the New York Film Critics Online in recent weeks.
Prior accolades have come from film critics groups in Boston, Columbus, Greater Western New York, Los Angeles, Music City (Nashville), North Carolina, Oklahoma and San Diego, among others.
Minari, the tale of a Korean immigrant family that moves to Arkansas in the 1980s with the hopes of starting a farm, debuted at the Sundance Film Festival last year, where it picked up the Grand Prize. It is the fourth film by Korean-American director Lee Isaac CHUNG.
In addition to YOUN’s selection in the Best Supporting Actress category at the Independent Spirit Awards, the film was nominated for Best Picture, Director, Screenplay and Lead Actor (Steven YEUN), while co-star HAN Ye-ri was also nominated for Best Supporting Actress.
With the big awards shows quickly coming into view, Minari and YOUN are shaping up to be major contenders for some of the biggest prizes in Hollywood.
Any copying, republication or redistribution of KOFIC's content is prohibited without prior consent of KOFIC.
Related People Related Films Related News