Aug 26, 2019
HEIGHT OF THE WAVE Triumphs at Prestigious Swiss Festival 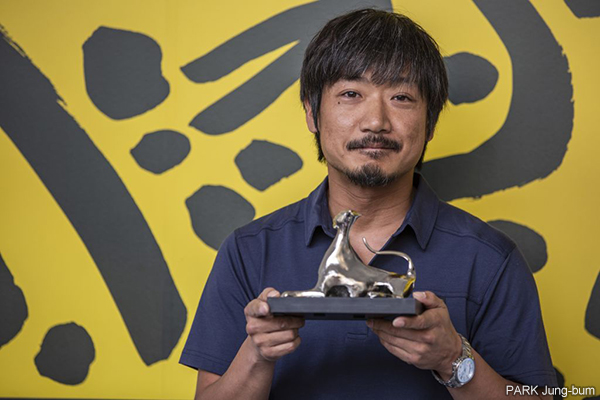 PARK Jung-bum’s third film Height of the Wave has picked up the Special Jury Prize in competition at the 72nd Locarno International Film Festival.
The film stars LEE Seung-yeon (House of Hummingbird) as a police officer who is restationed to an out-of-the-way island with her daughter following her divorce. Once there she tries to help an orphaned girl and come to grips with the strange community on the island, which is trying to get rich by securing a redevelopment contract. Director PARK, who has starred in all of his own films, plays a small business owner on the island, while fellow director SHIN Yeon-shick (The Avian Kind, 2015) plays the leader of the island community.
Originally a feature length episode in the tvN Drama Stage anthology series, which also includes contributions by Korean directors such as SHIN Su-won (Madonna, 2015), LEE Ho-jae (SORI: Voice from the Heart, 2016) and AHN Gooc-jin (Alice In Earnestland, 2015), Height of the Wave was presented in a theatrical version for the first time in the Newtro section of this year Jeonju International Film Festival.
Height of the Wave is PARK’s second film to screen in competition in Locarno. He previously visited the Swiss festival with his Jeonju Cinema Project Alive in 2014. PARK debuted with The Journals of Musan, which premiered at the Busan International Film Festival in 2010 before launching on a long award-winning run around the world.
Also picking up an award this year in Locarno, as previously reported, was SONG Kang-ho, who was given the Excellence Award.
Any copying, republication or redistribution of KOFIC's content is prohibited without prior consent of KOFIC.
Related People Related Films Related News