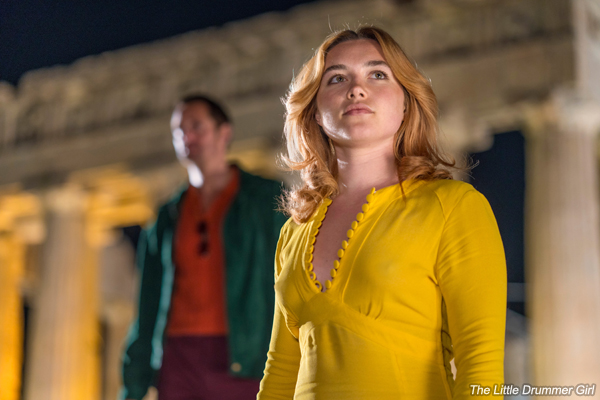 Veteran cinematographer KIM Wu-hyeong was awarded the Best Cinematography Prize from the BAFTA TV Craft Awards for his work on PARK Chan-wook’s The Little Drummer Girl mini-series for the BBC.
Director PARK’s TV debut, the six-part series The Little Drummer Girl is based on John LE CARRÉ’s novel of the same name and stars Florence PUGH as an English actress recruited by Israeli agents to unmask a Palestinian terror cell in the 1970s. The show also states Alexander SKARSGÅRD and Michael SHANNON.
KIM Wu-hyeong began his career as a cinematographer on JANG Sun-woo’s Timeless, Bottomless in 1997. Quickly rising to become one of the most respected cinematographers in the industry, KIM’s major credits include JUNG Jin-woo’s Happy End (1999), PARK Chan-ok’s Paju (2009), KIM Tae-yong’s Late Autumn (2011), CHOI Dong-hoon’s Assassination (2015) and JANG Joon-hwan’s 1987: When the Day Comes (2017), though perhaps he is most famous for his frequent collaborations with IM Sang-soo, which include A Good Lawyer’s Wife (2003) and The President’s Last Bang (2005).
The Little Drummer Girl marks the first collaboration between KIM and Director PARK, the latter of which has worked with director of photography CHUNG Chung-hoon exclusively since 2003’s Old Boy right up until 2016’s The Handmaiden. Due to his escalating Hollywood schedule, CHUNG was unavailable for PARK’s first foray on the small screen.
Any copying, republication or redistribution of KOFIC's content is prohibited without prior consent of KOFIC.
Related People Related Films Related News