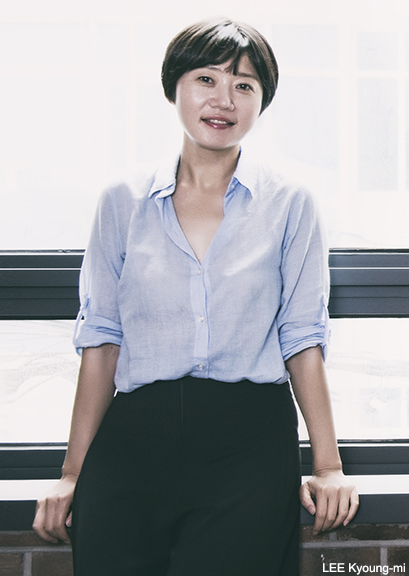 JUNG Se-rang novel ‘School Nurse Ahn Eun Young’ will be remade as a Netflix Original series. Netflix has recently made official its intention to produce the series and confirmed that it will be helmed by LEE Kyoung-mi, the director of Crush And Blush (2008) and The Truth Beneath (2015), with JUNG Yu-mi of TRAIN TO BUSAN (2016) and Psychokinesis (2018) cast in the titular role.
School Nurse Ahn Eun Young follows Ahn Eun-young, a school nurse with the ability to drive away spirits, as she keeps discovering new mysteries in the high school she has been appointed to and performs exorcisms in original and funny ways. JUNG Yu-mi will play the main character Ahn Eun-young who earns a living fulfilling her duty as a high school nurse while performing exorcisms. The series is expected to stay true to the book, with creative and comic exorcisms being performed, by using for instance a fake sword and a BB gun to eradicate spirits. The production will be handled by Oh!Boy Project, which is credited for TV series Flower Boy Ramen Shop, Shut Up Flower Boy Band and Flower Boy Next Door.
Netflix has more than one Korean series slated for this year, starting with the zombie drama Kingdom which was penned by screenwriter KIM Eun-hee and is scheduled for a January release. Love Alarm, based on CHON Kye-young’s webtoon, and My First First Love, starring JUNG Chae-yeon, will be made available at a later time this year.
Any copying, republication or redistribution of KOFIC's content is prohibited without prior consent of KOFIC.
Related People Related Films Related News