Nov 07, 2018
INSIDE MEN Director and Star Reunite for CHIEFS OF NAMSAN 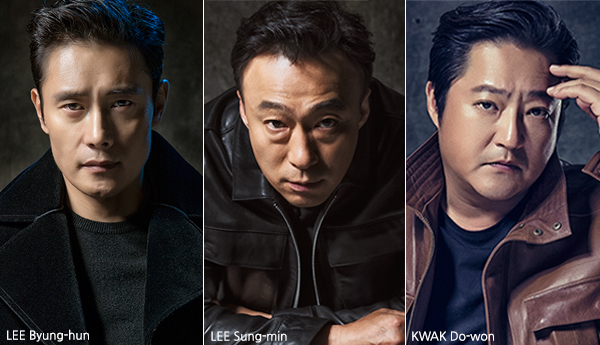 The director and star of Inside Men (2015) are teaming up again for a new political thriller. Chiefs of Namsan (translated title), based on the 1992 book of the same name, will star LEE Byung-hun alongside LEE Sung-min and KWAK Do-won, with WOO Min-ho handling the director’s reins. The film kicked off production on October 20 and will continue filming into the new year.
Set in the politically turbulent 1970s, Chiefs of Namsan will see LEE take on the role of Kim Kyu-pyung (based on the former Korean Central Intelligence Agency chief KIM Jae-gyu). LEE Sung-min (seen in The Spy Gone North and The Witness this year) is playing President Park (based on PARK Chung-hee), while KWAK (lead of last winter’s Steel Rain) is on board as Park Yong-gak (based on KIM Hyung-wook, a previous KCIA head). In real life, KIM Jae-gyu is known as President PARK Chung-hee’s assassin.
Also in the cast are LEE Hee-jun (1987: When the Day Comes, 2017) as Kwak Sang-chun, the Chief Officer of Presidential Security, and KIM So-jin (The King, 2017) as the lobbyist Deborah Shim.
When LEE and director WOO last teamed up they landed a huge hit with the acclaimed hit Inside Men. The film attracted over nine million viewers in late 2015. WOO will surely be very busy at year’s end, as production on Chiefs of Namsan will clash with his promotional obligations for his upcoming 1970s-set crime drama The Drug King, featuring SONG Kang-ho and BAE Doo-na, which is expected to come out in December. WOO’s earlier works include Man Of Vendetta (2010) and The Spies (2012).
Any copying, republication or redistribution of KOFIC's content is prohibited without prior consent of KOFIC.
Related People Related Films Related News