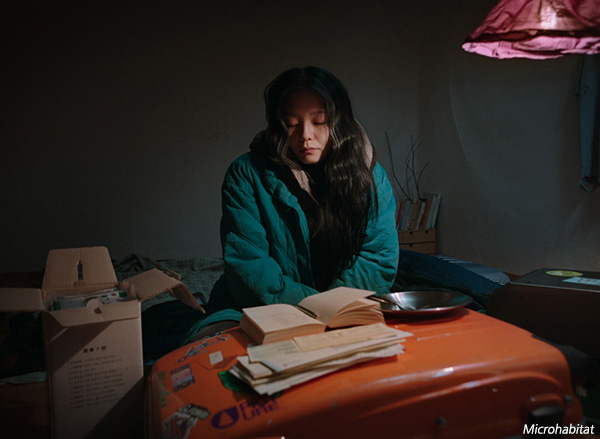 The London Korean Film Festival will be back next month with a bumper program featuring over 50 titles. Opening this year’s LKFF on November 1 will be JEON Go-woon’s festival hit Microhabitat while Malene CHOI’s Danish-Korean co-production The Return has been set as the closing film. This year’s event will run until November 14 in London before going on a UK tour until November 25.
The main strand of LKFF this year will be a special focus entitled ‘A Slice of Everyday Life’ which will comprise indie films from the last 20 years that focus on relatable characters in familiar situations. Among the lineup are classics such as Hong Sangsoo’s The Power of Kangwon Province (1998), HUR Jin-ho’s Christmas in August (1998) and LEE Yoon-ki’s This Charming Girl (2005), as well as more recent works such as MOON So-ri’s The Running Actress (2017), KIM Yang-hee’s The Poet and The Boy (2017) and LEE Dong-eun’s Mothers, among a total of 14 films.
The ‘Cinema Now’ strand will include commercial or more well-known titles such as JUNG Ji-woo’s Heart Blackened (2017), CHOO Chang-min’s Seven Years of Night, YIM Soon-rye’s Little Forest and Hong Sangsoo’s Hotel by the River, which recently premiered at the Locarno International Film Festival.
‘Women’s Voices’ will comprise JEONG Ga-young’s Hit the Night, KIM Bo-ram’s For Vagina’s Sake and JANG Hye-yeong’s Grown Up. The ‘Indie Firepower’ program looks back at the career of PARK Ki-yong, owing to the release of his latest film Old Love (2017), along with KIM In-seon’s Adulthood and CHOI Chang-hwan’s Back from the Beat.
This year’s ‘Contemporary Classics’ program will focus on the early works of famed stylist LEE Myung-se, including My Love, My Bride (1990), First Lover (1993) and Their Last Love Affair (1996).
In addition, LKFF will also screen AHN Jae-huun and HAN Hye-jin’s The Shower (2017) and KIM Hyun-ho and YUN Je-wan’s Pororo, Dinosaur Island Adventure (2017) in the ‘Animation’ section. Several curated shorts from the Mise-en-scene Short Film Festival in Korea will also be invited, as well as works from the video artist KIM Kyung-mook and KWON Ha-youn.
Any copying, republication or redistribution of KOFIC's content is prohibited without prior consent of KOFIC.
Related People Related Films Related Company Related News