Toronto Welcomes THE POET AND THE BOY and THE DAY AFTER

Aug 25, 2017
Experimental Short (100FT) Invited to Wavelengths
Hong Sangsoo will return to the Toronto International Film Festival next month with his 21st feature The Day After, which debuted in competition at the Cannes Film Festival earlier this year, while Jeonju Cinema Project The Poet and The Boy and the short (100ft) will also screen at the renowned Canadian fest.
One of three Hong films this year, including On the Beach at Night Alone and Claire’s Camera, The Day After features the director’s current muse KIM Min-hee as a woman who starts working at a small publishing company but is mistaken for her boss’ mistress by his wife on her first day on the job. The Day After, which is invited to the Masters section, marks Hong’s sixth consecutive invitation to TIFF and his 11th overall. He was last there with Yourself and Yours in the same section in 2016.
Starring YANG Ik-june of Breathless (2008) and JEON Hye-jin (The Merciless), The Poet and The Boy is the directorial debut of Korean National University of Arts graduate KIM Yang-hee, who is known for her short films, which include One Day to Be Passing by (2007) and Hearing Aid (2013). Her film was financed by the Jeonju International Film Festival where it debuted in the spring as one of its three Jeonju Cinema Projects this year.
(100ft) is a three-minute short comprising one unbroken reel of 16mm film and is the latest work by artist KIM Min-jung whose other films FOOTAGE (2015) and Australian Paper (2015) have screened extensively at film festivals around the world.
The 42nd Toronto International Film Festival will take place from September 7th to 17th.
Any copying, republication or redistribution of KOFIC's content is prohibited without prior consent of KOFIC.
Related People Related Films Related Company Related News 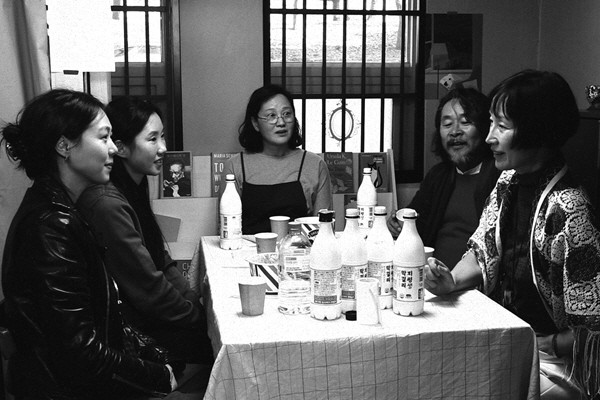