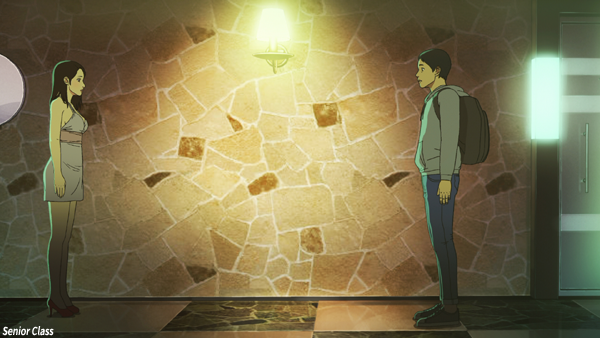 Produced and written by TRAIN TO BUSAN director YEON Sang-ho and directed by HONG Deok-pyo, an Original Video Animation (OVA), Senior Class will release in theaters in December 2016. YEON and HONG reunited in the OVA after the first Korean R-rated OVA Balkwang (2014), which was also directed by HONG, and produced and written by YEON.
Senior Class is a story about the most noteworthy girl of the school who is mixed up in a scandal before her graduation. The film realistically portrays young people’s love and friendship, worry and confusion about their future.
YEON and HONG’s first OVA Balkwang is the most downloaded animation in its first week of digital service. Studio Dadashow produced Senior Class besides Balkwang and YEON’s animated features, The King of Pigs (2011) and The Fake (2013).
Meanwhile, YEON’s first live-action TRAIN TO BUSAN topped local box office chart in 2016 after it was invited to the Cannes Film Festival, while it has become the most successful foreign film throughout Asia including Hong Kong and Singapore.
Any copying, republication or redistribution of KOFIC's content is prohibited without prior consent of KOFIC.
Related People Related Films Related Company Related News