AGE OF SHADOWS, CITY OF MADNESS, HANDMAIDEN Selected for Toronto 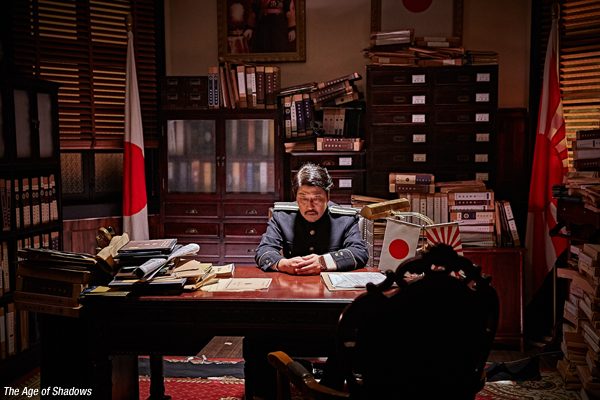 Korean blockbusters will be heavily featured in the Special Presentations lineup of this year’s Toronto International Film Festival (TIFF). Veteran directors KIM Jee-woon, PARK Chan-wook and KIM Sung-soo will present The Age of Shadows, The Handmaiden and Asura: The City of Madness, respectively.
Returning to the Korean scene after his Hollywood foray The Last Stand (2013), KIM Jee-woon will premiere his new Colonial Era action-thriller The Age of Shadows at the Venice International Film Festival early next month. Featuring SONG Kang-ho and GONG Yoo, the film will open in Korean theatres on September 7th, ahead of the local Chuseok holiday, before screening in Canada.
Having its world premiere in Toronto will be Asura: The City of Madness, KIM’s first film since the influenza thriller The Flu (2013). The film stars JUNG Woo-sung as a cop who gets caught between internal affairs and a city mayor.
Following its competition slot at the Cannes Film Festival and its successful run at the Korean box office, which netted it almost 4.3 million viewers, PARK’s The Handmaiden will continue its festival run in Toronto. Based on Sarah Waters’ novel Fingersmith, the steamy Colonial Era thriller stars HA Jung-woo, KIM Min-hee and newcomer KIM Tae-ri.
Also playing in Toronto will be Bargain in the Short Cuts section. Director LEE Chung-hyun’s 14-minute film will have its international premiere after winning the Busan Cinephile Awards and Jury Prize from the Busan International Short Film Festival.
TIFF will continue to reveal sections of its lineup in the coming weeks.