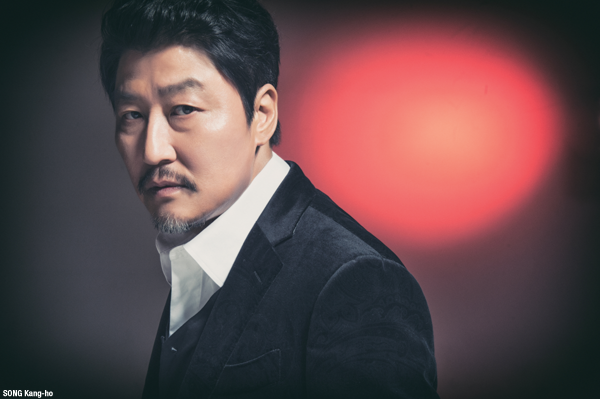 Korean star SONG Kang-ho has confirmed his participation in Fifth Column (translated title), an upcoming action-thriller from director WON Shin-yun. SONG will play Defense Department officer KANG Jong-duk, a military internal affairs investigator who uncovers a massive conspiracy just a few weeks before he’s due to retire.
WON’s film looks like it will fall into the mode of recent high profile thrillers that have explored corruption in Korean society. These have included the smash hits Veteran (2015), Inside Men (2015) and A Violent Prosecutor (2016).
SONG appears to be picking up his pace again after appearing in only The Throne in the last two years, as he recently wrapped production on director KIM Jee-woon’s return to Korean filmmaking, the Colonial Era action thriller The Age of Shadows, while he’s also about to start filming the Gwangju massacre drama Taxi Driver with Thomas Kretschmann for JANG Hun. Prior to that the actor had a huge 2013, when he appeared in Snowpiercer, The Face Reader and The Attorney.
Director WON, whose previous titles include A Bloody Aria (2006), 7 Days (2007) and The Suspect (2013), is currently in post-production on his latest film A Murderer’s Guide to Memorization, a thriller with SUL Kyung-gu.
Fifth Column will get underway later in the year, after the rest of casting is confirmed.
Any copying, republication or redistribution of KOFIC's content is prohibited without prior consent of KOFIC.
Related People Related Films Related News