MY GIRLFRIEND IS AN AGENT Remake Pushing Ahead 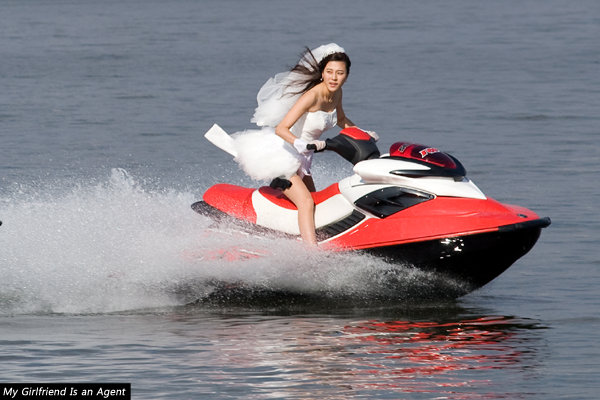 Indian press is reporting that four years after remake rights were initially sold by Korean outfit M-Line Distribution, an Indian version of action-romcom hit My Girlfriend Is an Agent (2009) is finally taking shape. Originally envisioned with Imtiaz ALI as director, the current project will now feature Sajid KHAN at the helm. Korean films are habitually remade for the Indian market, though for many years this happened by unofficial means.
KHAN was quoted as saying that “It is an official remake. The original film is called My Girlfriend Is an Agent. It took us around nine to ten months to turn it around to My Boyfriend Is an Agent.” The Heyy Babyy (2007) director went on to outline the difficulties of lining up writers for the film. Eventually he secured the assistance of a trio of scribes, including Yeh Jawaani Hai Deewani (2013) and 2 States scripter Hussain DALAL.
In the original film, which was directed by SHIN Terra and featured stars KIM Ha-neul (Blind, 2011) and KANG Ji-hwan (The Relation Of Face, Mind And Love, 2009), two spies dating each other without knowing one another’s secret identities end up working on the same case. The comedy was a smash hit in Korea, accruing 4.04 million admissions (USD 22.32 million), and was later turned into an equally successful local TV show.
Following two setbacks with Himmatwala (2013) and Humshakals (2014), KHAN will be hoping for the Korean redo to serve as a comeback for him.
Any copying, republication or redistribution of KOFIC's content is prohibited without prior consent of KOFIC.
Related People Related Films Related Company