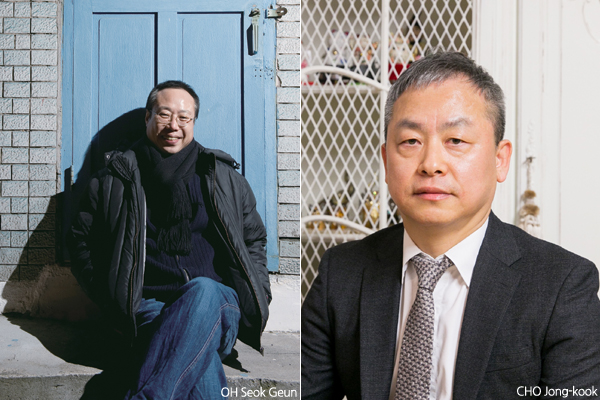 Korean Film Council (KOFIC) has completed its structural adjustment, with a newly established executive branch. The Ministry of Culture, Sports, and Tourism (minister DO Jong-hwan) has been building a new executive department, beginning with the appointment of non-standing commissioners on October 23rd last year, with the additional appointment of non-standing commissioners on December 13th, and the appointment of a new chairman on January 5th of this year. On January 15th, with KOFIC’s appointment of the new secretary general, the reorganization process has been concluded.
Director OH Seok Geun as Chairman, CHO Jong-kook as Secretary General 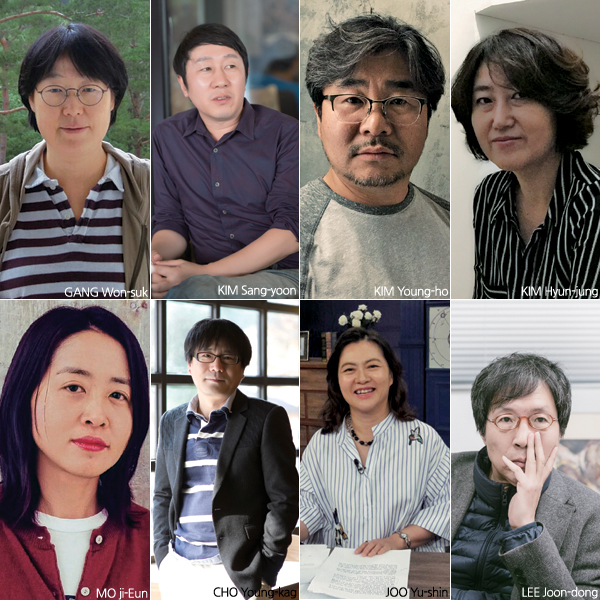 The new chairman of KOFIC is filmmaker OH Seok Geun. OH, a graduate of the Korean Academy of Film Arts, directed films such as The 101st Proposition (1993) and Love is a Crazy Thing (2005), and has been the secretary general of the Busan International Film Festival, director of the Busan Film Commission, and vice-principal of the Asian Film Academy. The Ministry of Culture, Sports and Tourism stated, “OH will use his extensive experience and knowledge of the Korean film industry to renovate KOFIC, as well as reestablish its place within the community, and create an environment in Korea for a level playing field in the movie industry and reinvigorate independent/art films”. OH will serve as chairman from January 8, 2018 to January 7, 2021.
Eight of the executives have also been newly appointed. LEE Joon-dong (CEO of NOWFILM), producer GANG Won-suk, director of photography KIM Young-ho, writer KIM Hyun-jung, director MO Ji-eun, CHO Young-kag (director of The Association of Korean Independent Film & Video), JOO Yu-shin (professor at Busan Youngsan University) and KIM Sang-yoon (CEO of CINE LUX). LEE Joon-dong produced Oasis (2002) and Poetry (2010) with his brother, director LEE Chang-dong, as well as films directed by female filmmakers such as Gina KIM’s Never Forever (2007) and July JUNG’s A Girl at My Door (2014). LEE will also serve as the vice-chairman of KOFIC until October 22, 2019. KIM Young-ho worked on The Restless (2006) and Haeundae (2009), MO Ji-eun directed A Perfect Match (2002) and served in the conflict adjustment committee of the Directors Guild of Korea. KIM Hyun-jung wrote the screenplays for Untold Scandal (2003) and The Last Princess (2016), and was the representative of the Screenwriters Guild of Korea. GANG Won-suk managed the investment for films The Tiger (2015) and A Melody to Remember (2016). CHO Young-kag has acted as the spokesperson for Korea’s independent films, and JOO Yu-shin has been reinvigorating Busan’s local film industry. The seven members will serve as executives until October 22, 2019. KIM Sang-yoon, who was also appointed, has been the CEO of film magazine ‘Cine 21’. KIM will serve as an executive until December 2019.
To Concentrate on the Reform and Renovation of KOFIC
The new secretary general is CHO Jong-kook, who has worked as the editor-in-chief of film magazines ‘Movie Journal’ and ‘Screen’, reporter for ‘Cine 21’, CEO of JoWoo Films, director of planning for the Busan International Film Festival, and the editorial staff of ‘Cine 21’. CHO and chairman OH Seok Geun have worked together in the past in the Busan Film Commission. With the appointment of its new secretary general, KOFIC stated, “we will do everything in our power to reform and renovate the council”.
Any copying, republication or redistribution of KOFIC's content is prohibited without prior consent of KOFIC.
Related People Related Films Related Company Related News