Jan 04, 2013
A Variety of Korean and Asian Independent Films Will Screen from January 10 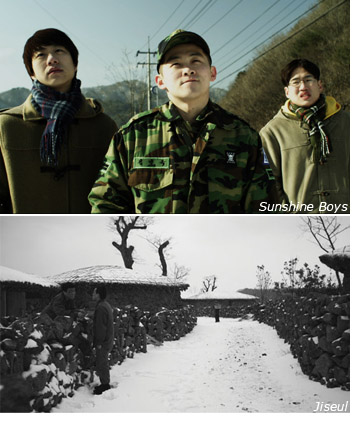 The 'Future of Asian Independent Films_ACF Showcase 2013’ will be held at Indie Plus, an exclusive theater for independent films run by the Korean Film Council (KOFIC, chairman: KIM Eui-suk), for 4 days from January 10th to 13th. At the showcase, 6 Korean and Asian films and 2 Asian documentaries that earned most favorable comments at the Busan International Film Festival (BIFF) in 2012 will screen to show the future of Asian independent films.
Among the films that BIFF ACF decided to support for post production, Korean films screening at the showcase are O-Muel’s Jiseul, KIM Tae-gon’s Sunshine Boys and YOO Ji-Tae’s Mai Ratima. Foreign films to screen at the occasion are Mostofa FAROOKI’s Television, Mohsen MAKHMALBAF’s The Gardener and FUNAHASHI Atsushi’s Sakura Namiki No Mankai No Shita Ni (Under the Cherry Tree). 5 Broken Cameras co-directed by Emad BURNAT and Guy DAVIDI and Embers directed by Tamara STEPANYAN, both selected to be supported by AND Busan Bank Fund at BIFF in 2010 are also in the line up. This event will offer a chance to examine the potential and current status of Korean and Asian independent films.
Expectations grow especially because FAOOKI, the director of Television and STEPANYAN, the director of Embers, are planning to visit Korea meet local fans. Besides the screening, there will be extra events such as Q&A sessions with the audience. Screening schedules and film information are available at Indie Plus’ web site (www.indieplus.or.kr).
Any copying, republication or redistribution of KOFIC's content is prohibited without prior consent of KOFIC.
Related People Related Films Related Company