SEARCHING Almost Finds a Way Past ON YOUR WEDDING DAY 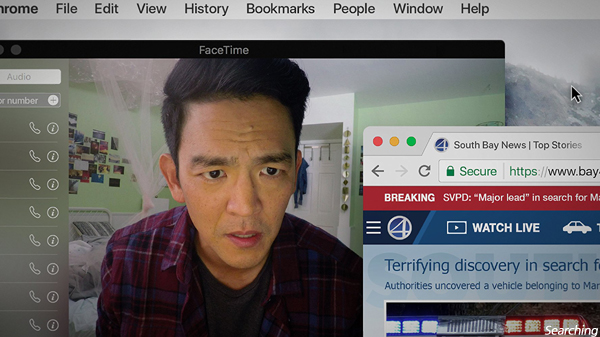 Late summer saw local titles continue to perform well, while an American indie featuring a Korean-American star got off to a stronger-than-expected start. Over the past weekend, Korean films snatched 63% of the 1.86 million tickets sold.
On Your Wedding Day wasn’t a surefire first place opener, yet here we are as the popular romantic comedy has just clinched its second-weekend crown after bringing in another 568,000 viewers (USD 4.5 million), down just 18% from its debut. This gives the strongly-received vehicle for PARK Bo-young and Young- 1.95 million admissions (USD 14.72 million) in 12 days with more on the way.
After opening in a distant but healthy third place, the John CHO-starring kidnap thriller Searching, shot exclusively from the point of view of computer and phone screens, quickly gained explosive word of mouth and rose significantly each day, eventually coming within inches of clinching the top spot on Sunday. All told, the film had a stellar 447,000 entry (USD 3.61 million) weekend and has so far welcomed 571,000 spectators (USD 4.4 million).
Conversely, after an OK start on Wednesday, the local erotica-tinged political drama High Society stalled on the charts following a mixed reception. Its weekend take was a lowly 291,000 sales (USD 2.36 million) for 509,000 tickets (USD 3.75 million) sold in total. The Lotte Entertainment title from director BYUN Daniel H. is not expected to survive long on the charts.
Closing out the top five were summer hit holdovers Along with the Gods: The Last 49 Days and The Witness, which brought in 114,000 (USD 897,000) and 102,000 (USD 815,000) viewers, respectively. The former fantasy epic is now at 12.13 million admissions (USD 90.95 million), while the latter has so far banked 2.45 million entries (USD 18.96 million).
With little in the way of high profile releases on deck this weekend, holdovers are expected to perform well, with Searching sure to lead the way.
Any copying, republication or redistribution of KOFIC's content is prohibited without prior consent of KOFIC.
Related People Related Films Related Company Related News