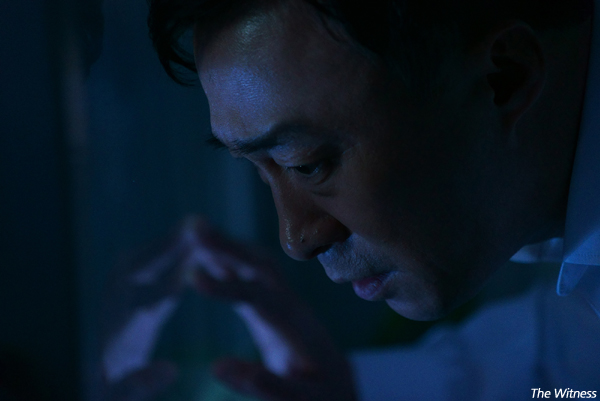 As schools started up again, cineplex visits have begun to slow down but the high season summer was still in effect with 3.16 million tickets sold over the frame. Local releases led the way with three homegrown titles leading the charts. Korean films accounted for 72% of all sales.
Just about eking out a first place debut was the new thriller The Witness. From director CHO Kyu- and featuring LEE Sung-min, also one of the leads of the number two title on this list, the film scored 811,000 viewers (USD 6.43 million) over its first weekend and a sturdy 1.37 million entries (USD 10.63 million) over five days. With light competition until the end of the month, The Witness should see some solid business going forward.
Remaining in second place after a 45% slide was YOON Jong-bin’s acclaimed espionage drama The Spy Gone North, which fell just shy of number one again with 781,000 new sales (USD 6.29 million), bringing its total to 4.04 million tickets (USD 31.11 million) in just 12 days. The Cannes-invited pic should pass its break-even point sometime later this week.
Meanwhile, summer smash hit Along with the Gods: The Last 49 Days lost its hold on first place as it slowed another 59%. With another 640,000 entries (USD 5.05 million) banked, the fantasy epic is now at 11.32 million admissions (USD 84.44 million), which puts it over Silmido (2003) to become the 16th highest grossing Korean film of all time.
In fourth place, Mamma Mia! Here We Go Again slowed 42% as it filled another 299,000 seats (USD 2.41 million), pushing its total to a very healthy 1.58 million viewers (USD 12.15 million) to date.
Closing out the top five chart was the debut of the shark attack film The Meg, which lagged behind its massive US and Chinese debuts as it mustered just 200,000 spectators (USD 1.57 million) over the weekend, which represented a drop from its solid mid-week opening. In five days the film has sold 413,000 tickets (USD 3.19 million).
Business should slow down again this coming week but holdovers are well-placed to add to their totals. New titles vying for a modest share of the pie include the local romantic drama On Your Wedding Day and the Hollywood action comedy The Spy Who Dumped Me.
Any copying, republication or redistribution of KOFIC's content is prohibited without prior consent of KOFIC.
Related People Related Films