GONJIAM Scares READY PLAYER ONE Out of First Place 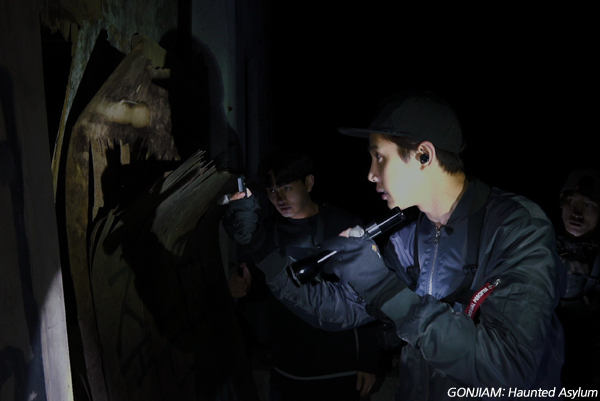 Korean films once again claimed a majority at the local box office despite the entry of a major Hollywood tentpole as a new domestic title over-performed in a surprise finish. Korean films accounted for 63% of sales during the busy spring weekend which saw admissions rise to 2.4 million.
Landing in first place with a commanding 983,000 spectators (USD 7.61 million) was the Korean found footage horror film GONJIAM: Haunted Asylum. The new film from Epitaph (2007) co-director JUNG Bum- has amassed a stellar 1.37 million viewers (USD 10.16 million) in its first five days and its previews last weekend, already making it one of the most successful Korean horror films in years.
Managing only a debut was Steven Spielberg’s new sci-fi action-adventure Ready Player One, as it opened with a decent 742,000 entries (USD 6.34 million) over the three days and recorded 987,000 admissions (USD 8.08 million) since Wednesday. However, with stellar critic and audience reactions, the film may find itself on the charts for several weeks to come.
Hit local fantasy melodrama Be With You slowed 56% in its third week as it added 253,000 sales (USD 1.98 million) to bring its haul to a strong 2.32 million tickets (USD 17.58 million) to date.
Less promising was the debut of the long-delayed local thriller Seven Years of Night with RYU Seung- and JANG Dong-gun, which mustered just 233,000 admissions (USD 1.84 million) in fourth place. The revenge title has brought in 418,000 spectators (USD 2.98 million) in five days.
Crashing in week two was last week’s number one Pacific Rim: Uprising, which was down almost 90% as it added just 70,000 viewers (USD 542,000) for a lackluster 1.05 million entry (USD 8.3 million) total to date.
As GONJIAM: Haunted Asylum and Ready Player One will remain strong presences on the chart, this week also welcomes the local infidelity comedy-drama What a Man Wants.
Any copying, republication or redistribution of KOFIC's content is prohibited without prior consent of KOFIC.
Related People Related Films