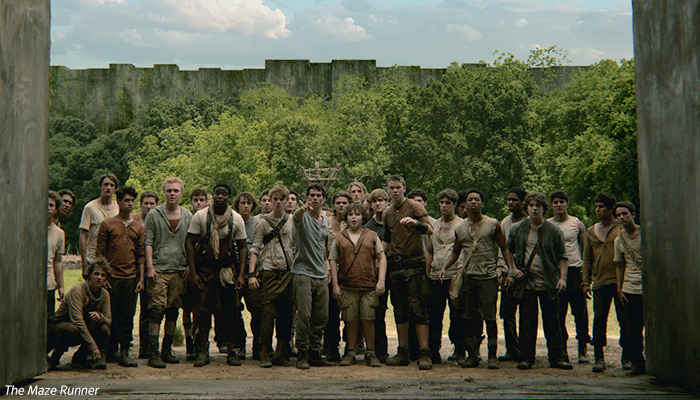 A foreign film topped the weekend Korean box office in 63 days since Dawn of the Planet of the Apes. Before this, the domestic box office had been dominated by Korean summer blockbusters such as Roaring Currents that crossed 17 million viewers and The Pirates that surpassed eight million spectators. The dominance by Korean films was continued by Tazza– The Hidden Card which chalked up three million admissions during the Chuseok Holiday season, a busy season for theaters in Korea.

But the box office king in the third week of September was not a Korean film. Boys are deposited in a big maze after their memories were erased and struggle to survive in The Maze Runner. The film based on a bestseller was reborn as a large-scaled Hollywood blockbuster and successfully attracted Korean spectators. Lucy, a Luc Besson film starring CHOI Min-shik and Scarlet JOHANSSON failed to perform as expected. Instead, Begin Again classified as a diversity film put up a good fight. Under these circumstances, The Maze Runner displayed its power as a Hollywood blockbuster after a long time. The Maze Runner attracted 631,819 viewers during its opening week and is recording 720,391 audiences at the moment.
The sci-fi action film was expected to perform well in the box office while ranking first in the reserve ticket sales standings. The Maze Runner beat already released films such as Tazza – Hidden Card and Begin Again in daily ticket sales throughout the weekend.  At present, The Maze Runner still ranks first in the reserved ticket sales standings and is highly likely to remain the box office champion in the next week no blockbuster will be released.
Any copying, republication or redistribution of KOFIC's content is prohibited without prior consent of KOFIC.
Related People Related Films