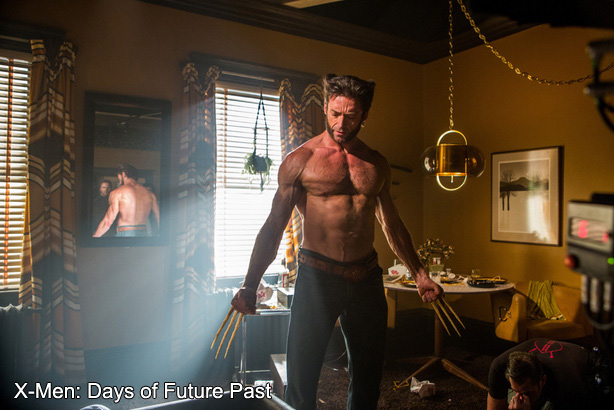 X-Men: Days of Future Past, a blockbuster from 20th Century Fox, just hit the Korean box office. This new X-Men, released on April 22nd, set a new mark for 2014 for quickest to one million admissions.
X-Men topped the chart, drawing 1.45 million admissions nationwide during its first three-day weekend. Its score was better than other Hollywood blockbusters such as The Amazing Spider-Man 2 (1.29 million), Captain America: The Winter Soldier (1.17 million) and Frozen (1.04 million) during their first weekends. The film recorded 50.8% in theater seat occupancy, and a 64.1% market share over the weekend, maintaining over 1,000 screens in Korea. It looks like it may hold on to first place for a while, since it topped the box office on the 26th with 38.1% of ticket sales. 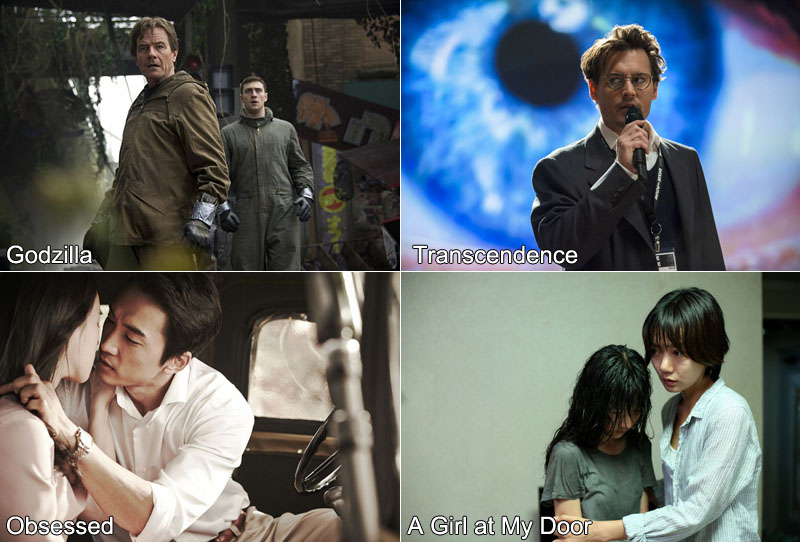 Meanwhile, X-Men left other movies in the dust. Godzilla in particular has suffered. It started at number two (438,500 weekend viewers), but one week later and it has dropped to fifth place. This seems to be due to the weakness of monsters at the box office, compared with superheroes. For example, last year’s Pacific Rim, a Guillermo Del Toro film, attracted more than a million moviegoers for its first weekend, but fell short of initial expectations with 2.53 million admissions in total.
Sci-fi thriller Transcendence opened on May 14th. The film has had a tough time in spite of starring Johnny Depp, who is popular for the Pirates Of The Caribbean series. It started off at number three on the box office chart with 317,061 spectators during its first weekend, but dropped to the fourth place, bringing only 113,066 viewers during its second weekend.
Local movies Obsessed by KIM Dae-woo and A Girl at My Door by JUNG July also debuted. First, Obsessed is an erotic drama set in a Korean military camp in 1969 during the Vietnam War. Director KIM is known as a master of erotic historical dramas, such as Forbidden Quest (2006) and The Servant (2010). The film, which features Korean wave star SONG Seung-heon and rookie IM Ji-yoen, generated 445,634 admissions for its first weekend, beating out blockbuster Godzilla. However, it had to step down to second place below X-Men: Days of Future Past as only 231,507 moviegoers chose Obsessed for its second weekend. Its current tally is 1.13 million admissions after two weeks.
JUNG July’s A Girl at My Door was released on the 22nd, and was invited to the Un Certain Regard section of the Cannes Film Festival. The film, which CGV Movie Collage distributed in 310 theaters, kicked off at number seven at the box office, bringing 55,867 viewers over its first weekend. It is a story about a reassigned police officer (BAE Doo-na) who tries to protect a girl called Do-hee (KIM Sae-ron) from her violent family. It is receiving attention because internationally renowned actress BAE teamed with producer LEE Changdong. Besides these, local films which opened at the end of April like The Target by director CHANG and The Fatal Encounter by LEE Jae-kyoo still remain on the daily chart. 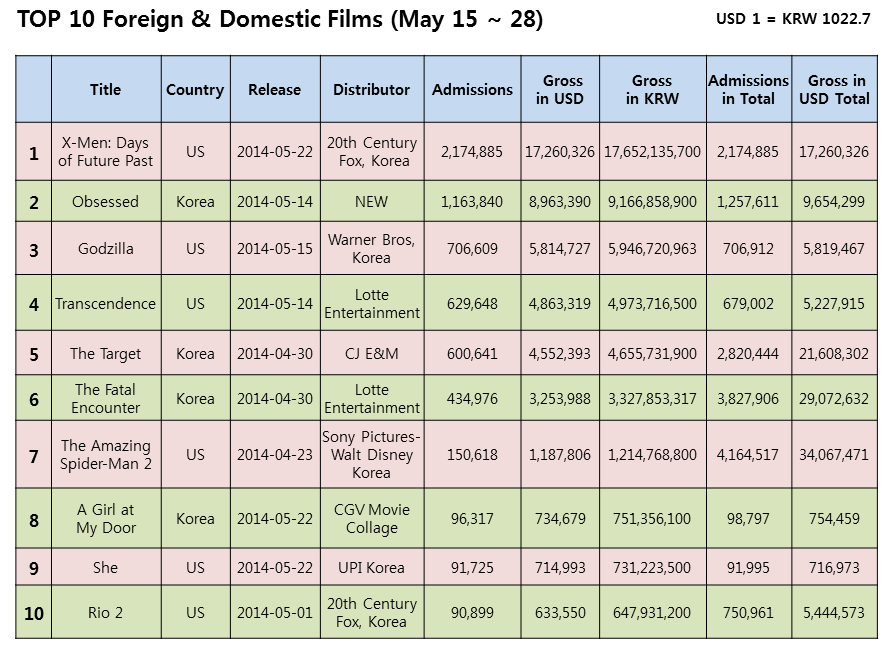 By SONG Soon-jin
Any copying, republication or redistribution of KOFIC's content is prohibited without prior consent of KOFIC.
Related People Related Films Related Company