Jan 06, 2014
Two Korean productions, The Attorney and The Suspect, have brought the country’s box office to a triumphant close. According to the Korean Film Council (KOFIC), The Attorney, with actor SONG Kang-ho of Snowpiercer and The Face Reader, and The Suspect, directed by WON Shin-yun of 7 Days (2007), scored first and second place on the box office chart. 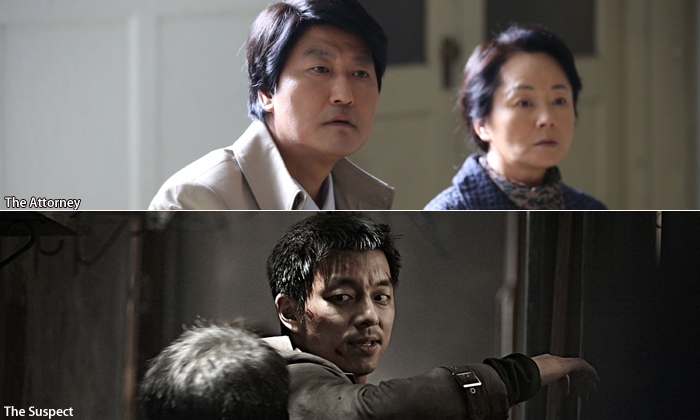 Based on a story of the late president ROH Moo-hyun and the biggest conspiracy case of the early 1980s, the ‘Burim Case,’ The Attorney attracted 1,504,877 moviegoers in its second weekend of release, while topping the box office chart for the second consecutive week. Since its first screening on December 18th, 300,000~400,000 people during the weekdays and 500,000~600,000 people on the weekends/holidays have watched the film. On December 30th, the twelfth day after its release, the number of tickets sold reached five million throughout the nation. This pace is ahead of James Cameron’s Avatar (2008) - the biggest blockbuster ever among December releases as well as the most viewed film in total with a haul of 13.31 million admissions - and the biggest hit in 2013, Miracle in Cell No.7, with attracted 12.8 million viewers. Avatar and Miracle in Cell No. 7 broke through the five million viewers milestone in 15 days and 17 days, respectively. The Attorney's daily box office strength is also worth paying attention to. Since it hit screens, the film has maintained first place for 15 days from the 18th of December to 1st of January. The total number of viewers of The Attorney is 6,359,552 as of January 1st.
The prospect of The Attorney in the new year seems very bright. Many new films will be introduced before the Lunar New Year holidays (Jan. 30th~Feb.2nd), but the only expected competitor is a romantic comedy, The Plan Man, starring JUNG Jae-young and HAN Ji-min. Even Hollywood blockbusters won’t pose much threat as only Ender’s Game (released on Dec. 31st) and Jack Ryan: Shadow Recruit (to be released Jan. 16th) are expected to draw some attention. This is the reason why some are already predicting that The Attorney will be the first film in 2014 to attract more than 10 million admissions.
Although it didn’t receive much spotlight due to the sensation of The Attorney, The Suspect is also showing strong results. Adding to the list of North Korean spy themed movies in 2013, along with The Berlin File, Secretly Greatly, Red Family and Commitment, The Suspect sold 801,237 tickets during its first weekend. As good word of mouth about the movie spread, 309,436 people watched it on Saturday the 28th, and 302,225 on Sunday 29th. The total number of viewers is 2,442,390.
It is clear that Way Back Home and Steal My Heart are moving downhill. Way Back Home - made by actress JEON Do-yeon, the ‘Queen of Cannes’, and director PANG Eun-jin, of Princess Aurora (2005) and Perfect Number - has accumulated 1.78 million admissions as of January 1st. It is expected to wrap up with about two million viewers. Steal My Heart, a romantic comedy with Joo Won and KIM A-joong playing lead roles, isn’t looking so good; it managed to attract only 483,981 moviegoers as of January 1st. 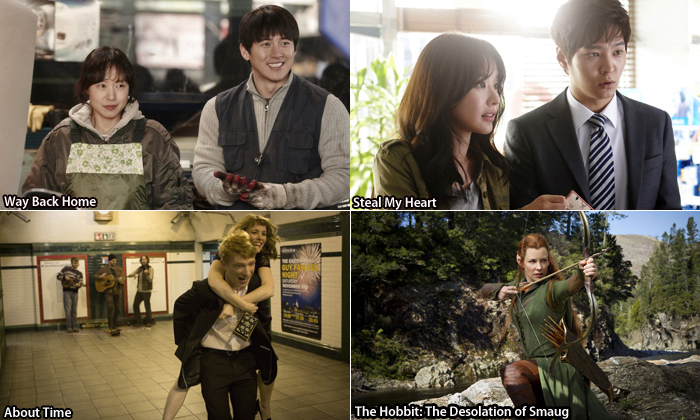 From Hollywood, Working Title Films’ About Time and the Warner Brothers’ The Hobbit: The Desolation of Smaug by Peter Jackson, the director of Lord of the Rings, are far ahead of the others. In its third week of release, About Time added 258,617 viewers last weekend for a total 2,918,481 up until January 1st. One of the most anticipated movies of the year, The Hobbit: The Desolation of Smaug had to settle for just over two million ticket sales through to last weekend. The film is still not screening in CGV in Seoul due to a profit share dispute between the theatres and distributor.
A smaller film, Lazy Hitchhikers' Tour de Europe (directed by LEE Ho-jae), achieved 20,000 ticket sales in just one month following its debut. This pace is faster than On the Road, which broke the 20,000 mark in 35 days. On the Road was the most viewed Korean documentary film in 2013 with 50,000 admissions. 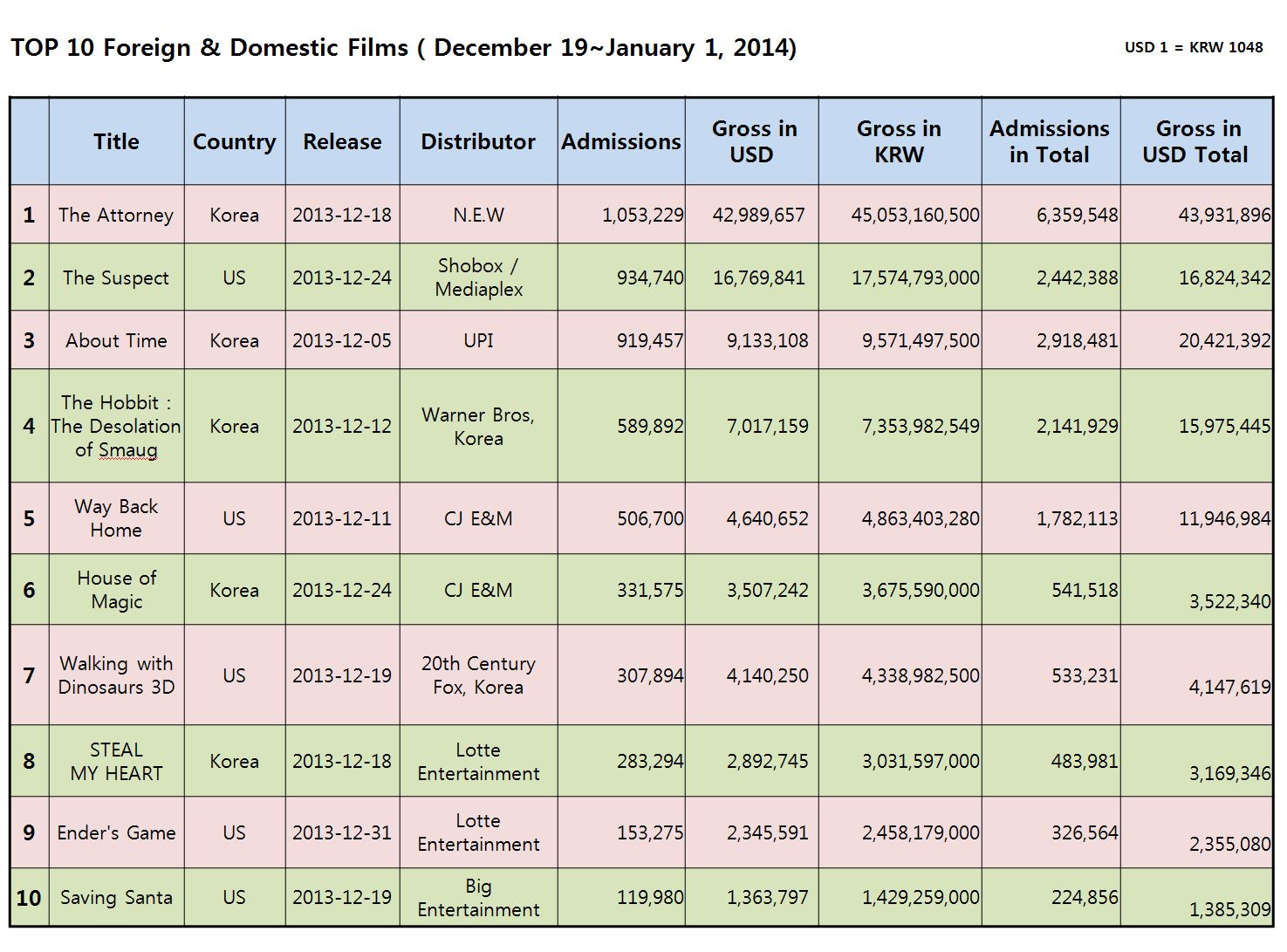